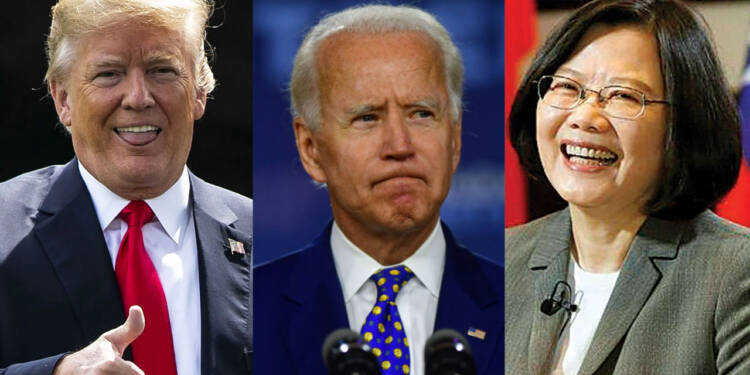 The US will lift decades of self-imposed constraints on the engagement of its diplomats and other officials with Taiwan which could escalate tensions with Beijing just over a week before President-elect Joe Biden takes his seat.

Michael Pompeo, Secretary of State, said in a statement Saturday in Washington, “For several decades the State Department has created complex internal restrictions to regulate our diplomats, service members, and other officials’ interactions with their Taiwanese counterparts,” he added “No more.”

This new announcement of the Trump administration attempts to restructure ties between the USA and Taiwan. Donald Trump welcomed a phone call from Taiwan’s President Tsai Ing-wen weeks before he took office, saying his support for the “One China” policy depended on strengthening trade deals, announcing weapons sales and sending senior officials to Taipei.

Maggie Lewis, a law professor at Seton Hall Law School who has written extensively on Taiwan and China noted, “While the implications of the announcement are not yet clear, it seems the intent is to nudge unofficial US-Taiwan relations toward something more akin to official ties.”

Foreign Minister Joseph Wu of Taiwan told Pompeo that he was thankful for “lifting restrictions unnecessarily limiting our engagements.” He said, “The closer partnership between Taiwan and the US is firmly based on our shared values, common interests and unshakeable belief in freedom and democracy.”

The foreign ministry of China had called Craft’s visit “an infringement of the One China principle” earlier and accused Pompeo of “setting up the final spectacle of folly” in the form of “sabotage of relations between China and the US.”

Pompeo’s announcement is one of many that the US administration has taken in the final days of its term which has strengthened Trump’s initiative against china including an initiative to punish companies with close ties with the PLA.

Drew Thompson, formerly a US Department of Defence official responsible for Taiwan policy said, “Best case, the Biden Administration sees this as a blank slate and starts an internal process to develop what the ideal US-Taiwan engagement structure and process looks like, consistent with the unofficial relationship, shared democratic values, and the benefits the bilateral relationship brings.”

Read More: Biden is bad news for Taiwan. So Trump is tying the new President’s hands with a genius move

With so many deals and engagements already in the last year, Trump had already tied Biden’s hands. The latest development will further increase the effectiveness of the relations between the two democracies. Being a defender of democracies, Biden would be unable to revert Trump’s forwardness of ties between the United States and Taiwan.

With just 9 days left before Biden ascends in the White House, Trump has laid a new foundation of relations between the United States and Taiwan. This is a bedrock policy formulation which will majorly upgrade US relations with Taiwan. With just a week left, Trump has ensured that the United States remains committed to Taiwan’s security.