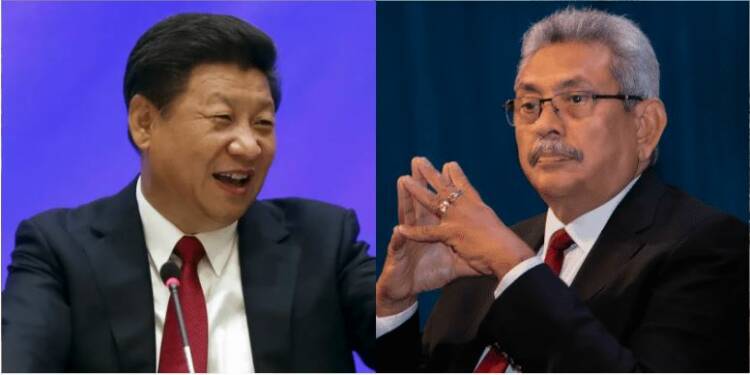 Some radioactive material was found in Sri Lanka on Tuesday on the Southern Hambantota Harbour by a China-bound vessel. According to officials, the ship was ordered to depart, as the shipping firm was failing to obtain prior authorisation for “dangerous cargo,” in accordance with Sri Lankan law.

Captain Indika de Silva, a spokesman for the Sri Lankan Navy, confirmed the news when contacted. Officials said a local shipping firm, which was handling the vessel sailing under the flag of Antigua and Barbuda from Rotterdam, Netherlands, to Hambantota, China, cited a “mechanical emergency” and requested permission from the harbour manager at the China-run Hambantota Port. But, under the Atomic Energy Act of Sri Lanka, the carrier did not declare the cargo to be radioactive.

The vessel was found to be carrying Uranium hexafluoride, which is classified under “dangerous cargo”, The Director General of the Sri Lanka Atomic Energy Regulatory Council, H.L. Anil Ranjith, told TheHindu on Wednesday, “Uranium hexachloride is a nuclear material that is commonly transported from one country to another. But as per Sri Lankan law, we need any vessel carrying radioactive material to obtain prior permission before berthing at any of our ports. This vessel had not obtained that clearance. After consulting the Ministry of Defence, we have asked the vessel to leave the Port.”

Meanwhile, Sajith Premadasa, the Leader of the Opposition and the leader of the Samagi Jana Balawegaya (SJB or Unified People’s Front), raised the issue in the Sri Lankan parliament on Wednesday. He said the Navy had been denied permission to “board the vessel to perform an inspection.” He further added, “The government appears to be under pressure from a diplomatic mission.” He did not name the mission. “I am asking the government to examine this …this is a very serious matter, something that can affect the life of our community,”

The Hambantota port has been a point of contention in Sri Lanka.  The Hambantota transaction was worth 1.1 billion dollars. As a result of this deal, the state-owned China Merchant Ports Holdings Corporation now owns 70 per cent of the port’s stakes and ownership. The agreement was originally set up to hand over 80 per cent of the company, but due to widespread protests on both the domestic and international fronts, it was reduced to 70 per cent.

Locals have protested the Hambantota Port project, and neighbouring countries have continued to object. After repeated Indian concerns, Sri Lanka was able to prevent China from using the island as a naval base. The port, according to critics, is a compromise with Sri Lanka’s sovereignty. In Hambantota port, all contracts are held by Chinese companies, jobs are given to Chinese employees, and the port and its adjacent economic zone now belong to China, as seen with Pakistan’s CPEC. Native Sri Lankans, as one would expect, receive no gain from it.

But the current situation that has arisen at the port spells trouble for the island nation. Not only did the vessel refuse to inform about the radioactive “dangerous cargo” but the fact that the Sri Lankan navy was not allowed to carry out an inspection of the ship speaks volumes about the hold China has over the island nation’s port. China has a lease of over 99 years over the said port and with current activities, it could be easily concluded that the sovereignty of the island nation is at threat from the Communist nation.

It is a clear act of bullying Sri Lanka, the state which has its hands tied due to the debt trapping diplomacy of China. China bullied Sri Lanka and there is nothing the tiny island nation can do about it.

China’s vaccination plan is running very efficiently. It just leaves the small cities out of it