G-7 is powerless, leaderless and rudderless. The very reasons why Biden is pitting it against the Chinese 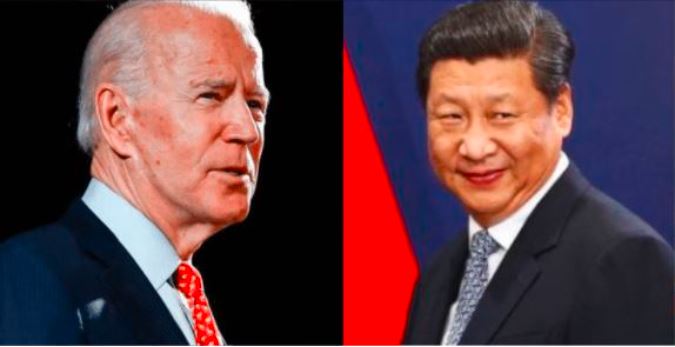 Noticed one big change in the China policy of the US after Joe Biden came to power? Well, we know there are way too many changes with Biden using kid gloves to handle Beijing. But we are talking about the increased reliance on the Group of 7 (G-7), a bloc comprising the most advanced world economies.

With Donald Trump in power, the QUAD comprising India, the US, Australia and Japan, was leading the battle against China. But Biden has almost completely sidelined the QUAD. Now, Biden wants to contain China with the G-7, instead of QUAD. The American coercive action is also being routed through G-7. But why? Well, what G-7 does hardly harms China. The organisation is powerless, leaderless and rudderless and interestingly, this is exactly why a pro-Beijing Biden is pitting G-7 against China.

The United States has now urged its G-7 allies to increase pressure on China over the use of forced labour in Xinjiang. Daleep Singh, Deputy National Security Adviser to Biden and the Deputy Director of the National Economic Council said, “These (G-7 countries) are like-minded allies, and we want to take tangible and concrete actions that show our willingness to coordinate on non-market economies, such as China.”

Singh added, “The galvanising challenge for the G-7 is to show that open societies, democratic societies still have the best chance of solving the biggest problems in our world, and that top-down autocracies are not the best path.”

Yet, the American call to pit the G-7 against China doesn’t worry strategic circles in Beijing. The Xi Jinping administration used to get traumatised whenever the Trump administration mobilised QUAD against China. Meltdowns in the Chinese State-run media publications like Global Times were also visible and Chinese officials used to condemn such containment attempts.

But with Biden bringing G-7 into the equation, there is no palpable sense of nervousness in the Chinese quarters, rather there is a hint of indifference.

Earlier this month, for example, Trade Ministers of the G-7 nations pledged collective action against “harmful industrial subsidies”. This was, of course, aimed at China though the Communist nation wasn’t specifically named.

British Trade Minister Liz Truss even said that it was time for the group to “get tough on China and their behaviour in the global trading system”.

In a joint statement, the G-7 said, “Trade ministers will discuss the impact market-distorting practices, such as harmful industrial subsidies, including those causing excess capacity in some sectors, are having on our economies and chart a way to address these collectively.” However, Beijing remained undeterred.

Andy Mok, a senior research fellow at the Centre for China and Globalisation, a Beijing think tank, made it clear that China wouldn’t back down even if the G-7 statement was actually aimed at it. Mok said that any such attempt was “doomed to fail”.

Mok explained, “This of course is the US looking to maintain its supremacy. I think several of these other G7 countries are also caught in a bind, because on the one hand the US is pressuring them to form this united front, and of course they know that China does not want to see this ganging up against China and they know there will be consequences as China becoming much more assertive.”

The research fellow concluded, “I think some are just opting out, and some are only participating by providing verbal support. I think they may not follow as vigorously on actual action later.”

Chinese Foreign Ministry spokeswoman Hua Chunying gave a very casual response to the G-7 statement. She said that China would not accept any accusation of its trade practice as it “has always honoured its commitments and safeguarded the multilateral trading system” after joining the WTO in the year 2001.

So, China is almost completely dismissive of what the G-7 plans to do. From Biden’s perspective, this works out perfectly. At home, Biden was facing some tough questions about his soft China policy. Americans were realising how their President was giving up American leadership against China. But a pro-Beijing Biden remained simply too reluctant to punish China.

However, by pitting G-7 against China, Biden is assured that he is not actually harming the paper dragon. At the same time, he is using the directionless and leaderless group to issue tough statements against Beijing. The US President is trying to convince Americans that he is actually condemning and punishing China. So, by pitting G-7 against China, Biden is only helping China and fooling Americans.

Musings from French press: As Merkel hangs her boots, Macron looks set to take up the leadership of the EU

While Biden is busy antagonising Russia, Jinping has officially begun the militarisation of South China Sea