After sending Derek Chauvin behind bars for unintentional homicide, BLM, Antifa and their Democrat friends are going after the Judge and Chief Medical Examiner 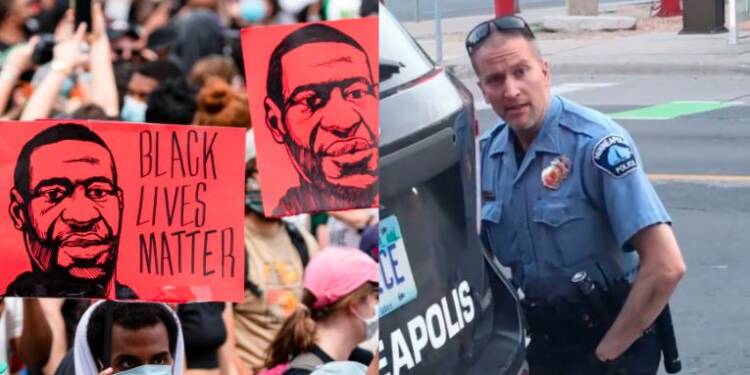 But going after the former medical examiner wasn’t enough, so Rep. Maxine Waters (D-Calif.) said on Saturday that the Minnesota judge overseeing the trial of former Minneapolis police officer Derek Chauvin was “way off track” when he said that comments Waters made to protesters before the verdict could help the prosecution win an appeal.

At the trial, Fowler, who was called to testify and offer an expert opinion by Chauvin defence attorney Eric Nelson, testified that Floyd’s death may have been caused by a variety of causes. Heart disease or the fact that Floyd was under the influence of narcotics is among them. If he had been the medical examiner in Hennepin County, Minnesota, where Floyd died, he would have ruled his death “undetermined,” according to Fowler.

Maryland Attorney General Brian Frosh and Governor Larry Hogan announced on April 23 that an investigation into Fowler’s tenure as state medical examiner from 2002 to 2019 will be launched.

Hennepin County District Judge Peter Cahill perhaps had too much political commentary and pressure with the already high profile case. He was referring to the inciting statements made by Californian Democrat Maxine Waters. He said, “I wish elected officials would stop talking about this case, especially in a manner that is disrespectful to the rule of law and to the judicial branch and our function,” he said. “If they want to give their opinions, they should do so … in a manner that is consistent with their oath to the Constitution.”

Cahill also said that the remarks could contribute to an “appeal that may result in this whole trial being overturned.”

Before Chauvin was found guilty on three counts in the death of George Floyd, Waters went to Brooklyn Center, a Minneapolis suburb. She told a crowd of protesters that she wanted Chauvin to be found guilty by the jury. She encouraged protesters to “stay on the street” and “get more active” and “more confrontational” if jurors acquitted him.

“We’ve got to make sure that they know that we mean business,” she added.

Chauvin’s counsel, Eric Nelson, brought up Waters’ comments in court. He said Waters “was making what I interpreted to be, and what I think are reasonably interpreted to be, threats against the sanctity of the jury process, threatening and intimidating the jury, demanding that if there’s not a guilty verdict there would be further problems.”

Nelson asked for a mistrial given that the jury was not sequestered when Waters made the comments. Hennepin County Judge Peter Cahill turned down the request but then weighed in on the remarks.

Conservatives claim that political pressure from Black Lives Matter protestors and some Democratic members of Congress influenced the guilty verdicts against Chauvin. Water’s comments questioning the Judge or going after Fowler shows that the Democrats do not want the law to take its course. Rather they wish to punish those who stand against them and not necessarily those who prevent injustice.

With a vaccine deal with Mexico, Putin scores a major diplomatic goal in America’s backyard