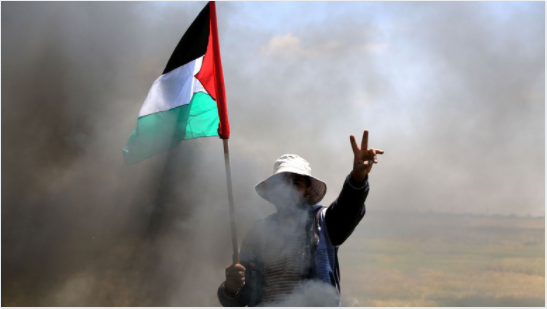 Hamas boycotted the conference, anticipating the decision to postpone the vote. “We knew in advance that Fatah and the Palestinian Authority were going to disrupt the electoral process, due to other interests that have nothing to do with the issue of Jerusalem,” Hamas said late on Thursday night.

The terror group that has ruled the Gaza Strip since ousting Fatah forces in 2007 said, “The Fatah movement and the Palestinian president bear full responsibility for this decision and its consequences.”

The polls would have been the Palestinians’ first national vote in over 15 years if they had gone forward. Most analysts see the indefinite delay as, essentially, a cancellation. According to Abbas, the official reason for the postponement was Israel’s supposed refusal to allow Palestinians to vote in East Jerusalem. Israel routinely represses Palestinian Authority (PA) operation in Jerusalem, which it claims as its capital.

Israel has not stated whether or not it would prohibit the vote from taking place in the disputed city. East Jerusalem is seen by Palestinians as the future capital of the state they hope to create. However, both Abbas’s political opponents and independent observers said that the PA chairman was more worried about the prospect of defeat, whether by breakaway Fatah groups or Hamas.

Before the upcoming elections, Fatah split into three factions: an official list of candidates supported by Abbas, a faction headed by convicted Palestinian terrorist Marwan Barghouti, and a slate backed by former Fatah security official Mohammad Dahlan, who now lives in Abu Dhabi. According to recent polls, Abbas’s list still has a quarter of the vote. However, the two Fatah breakaway factions together took almost as many, with the hugely influential Barghouti’s faction taking 15%.

Read More: Palestine is not an issue for the ‘kingmaker’ in Israel. It means Netanyahu is coming back

Barghouti’s list, including Hamas, was adamant about not delaying the vote. “Postponing elections is a huge setback that betrays the will of the people to hold elections. It also affirms the need for deep and wide change in the Palestinian political system,” Barghouti’s list of candidates wrote in a statement.

Palestinians voted for a Hamas-dominated parliament in the 2006 national legislative election. Following the vote, the two groups engaged in a bloody civil war that ended with Hamas expelling Fatah from Gaza.

Every subsequent election drive has been thwarted by mutual mistrust and the fear of losing control. On several occasions, the Palestinian leadership has pledged a return to the ballot box, only for the polls to never take place.

Abbas justified his decision to postpone the elections as a patriotic act, claiming that anything else would mean abandoning Jerusalem. “Now, Israel is saying, ‘this isn’t yours, no matter what.’ What happened in 1996, 2005 and 2006, is one thing, and now is totally different,” Abbas said, referring to previous Palestinian elections.

Read More: Palestine took money from the USA and decided to support China and blackmail Biden all along!

However, it is unclear how much the Palestinian public – the majority of whom favour holding elections on time, according to a recent poll – believes their leaders’ rationale. For months, people in the West Bank and Gaza had been anticipating the vote. Thirty-six lists have been prepared to run in the parliamentary elections, which are scheduled to begin on Friday.

Just before the decision was announced on Thursday night, small, dispersed protests took place in Gaza and Ramallah. “The people want the ballot box!” protesters chanted in Al-Manara Square in downtown Ramallah before peacefully dispersing.

The decision to postpone, and in all absolution, prohibiting elections in Palestine has shown the deep divide that exists in Palestine. The deep division and protests which have been seen after Abbas’s decision could multiply manifolds anytime. This infamous decision could ultimately lead to Palestine’s fall and this time Israel would have nothing to do with it.