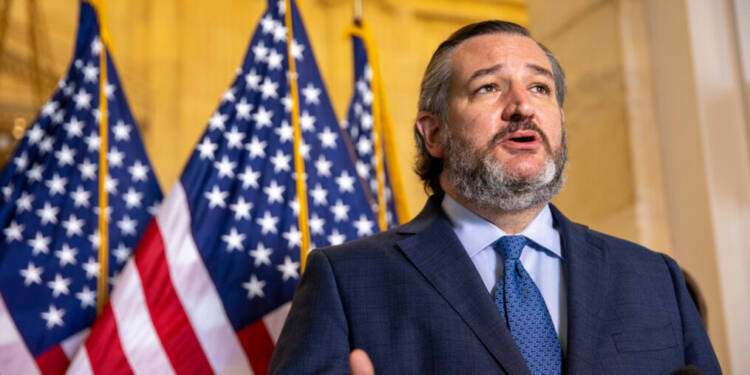 Senator Ted Cruz of Texas announced on Wednesday that he would no longer accept contributions from “woke” corporate political action committees (PACs).

After several big companies, including Coca-Cola, came out in opposition to the new Georgia voting rule, the Republican said he was done taking contributions from corporate PACs in a Wall Street Journal op-ed titled “Your Woke Money Is No Good Here.”

In the op-ed Cruz wrote, “In my nine years in the Senate, I’ve received $2.6 million in contributions from corporate political action committees. Starting today, I no longer accept money from any corporate PAC. I urge my GOP colleagues at all levels to do the same.”

Cruz continued, “For too long, woke CEOs have been fair-weather friends to the Republican Party: They like us until the left’s digital pitchforks come out. Then they run away…. Enough is enough. Corporations that flagrantly misrepresent efforts to protect our elections need to be called out, singled out and cut off.”

The senator then went on to criticise Coca-Cola CEO James Quincey, who stated his opposition to “measures in the bills that would diminish or deter access to voting.” In response, Cruz asked what specific measures Quincy was opposed to, writing, “The ones that allow several forms of identification, which the state provides free of charge, to request or cast a ballot? Or the measures that expand the number of days of early voting?”

During a Fox Business interview on Wednesday night, Cruz also discussed his decision to reject corporate PAC capital. “All of us have been seeing the rise of woke corporations of giant companies, their CEO’s deciding they’re gonna get in bed with the far left, that they’re gonna be the woke political enforcers of the Democrats,” Cruz said.

“We saw a bunch of CEO’s blasting the Georgia voter integrity law, the Texas voter integrity law. CEO’s who hadn’t bothered to read the bills. They didn’t know what was in there, but they made the decision to give in to the angry mob on the left instead. And I’m fed up,” Cruz said. He continued, “I said enough is enough, and so I’ve announced as of this week I will no longer accept even one penny from any corporate PAC.”

Cruz’s op-ed comes when a number of conservative politicians have expressed opposition to the concept of “woke” capitalism. “Welcome to the club, @TedCruz,” Republican Representative Matt Gaetz wrote in a tweet shortly after Cruz’s announcement. Gaetz added, “Last year, I became the first Republican in Congress to swear off all federal PAC money. The American people should be our one and only special interest.”

Following their resistance to the voting bill passed in Georgia, many other Republican senators have been critical of large companies.

Rubio continued, “No policymaker would allow a company to dump toxic waste into a river upstream of a thriving town he is charged with governing. Yet corporate America eagerly dumps woke, toxic nonsense into our culture, and it’s only gotten more destructive with time. These campaigns will be met with the same strength that any other polluter should expect.”

In his new book, The Tyranny of Big Tech, Senator Josh Hawley also criticises woke capitalism. The Missouri Republican writes about the backlash he received after objecting to the presidential election results in 2020, claiming that he was “branded a ‘seditionist’ and worse.” In a book excerpt published by The Guardian, he says, “But like many others targeted by corporations and the left, my real crime was to have questioned the reign of the woke capitalists.”

Liberals have gone nuts trying to find out how to make voting more egalitarian in America. Liberals and Democrats were enraged enough to call for an international blockade of Georgia. Worse, the President of the United States is expressing similar feelings. The Republicans, on the other hand, are not taking these changes lightly.
Coca-Cola, Delta and other companies have openly opposed Republican-led election reforms in Georgia.

Delta Airlines and Coca-Cola joined the chorus and issued statements criticising the bill from their top executives.