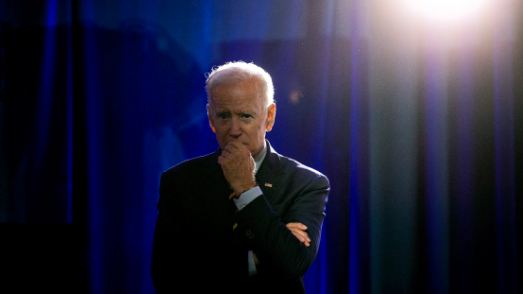 Georgia has become a major battleground between the White House and the Republican controlled state. It all started with the new Georgia voting bill, which the Biden administration is hell-bent on to subvert. Now, most CEOs of major companies in the US have discussed holding back investments from states that allegedly are restricting voting rights.

According to the sources, about 100 CEOs, investors, lawyers and corporate directors participated in a private Zoom call organised by Yale professor Jeffrey Sonnenfeld on Saturday to discuss a new response to Georgia’s election law and voting restrictions contemplated by other states such as Texas and Arizona.

During the call, all CEOs, who took part in a poll, agreed that they would re-evaluate political contributions to candidates based on their voting rights records, and 48% said they would rethink or decrease investments in states that limit voting rights. Approximately one-quarter of CEOs did not vote on several poll issues.

According to the reports, some business executives are putting together a new declaration calling for the defence of voting rights in the United States, the latest corporate protest against Republican lawmakers’ attempts to reform election laws in Georgia and other states.

According to people familiar with the matter, most CEOs, who discussed a new drive against state voting restrictions, said in a poll they would reconsider donating to politicians who do not support voting rights, and many will consider withholding investments in states that limit voting access.

Many U.S. firms, including Delta Air Lines Inc and Coca-Cola Co, have issued statements condemning Georgia’s decision last month to tighten identity standards for absentee ballots and make it a misdemeanour to provide food and water to voters waiting in line, among other reforms. To oppose the limitations, Major League Baseball cancelled this year’s All-Star Game in Atlanta.

Republicans such as Senate Minority Leader Mitch McConnell and Texas Governor Greg Abbott chastised the companies for their response, accusing them of becoming too involved in politics. Georgia Republican Governor Brian Kemp says the law is “another step to making our elections fair and secure.”

However, Democratic President Joe Biden has slammed the bill, which is facing legal challenges from civil rights activists that claim it is aimed at restricting voting by Blacks and other racial minorities.

Joe Biden has been outraged with the ‘Election Integrity Act of 2021’ passed by the state of Georgia. Biden expressed support for the idea that the MLB All-Star game moves out of Atlanta in response to the new Georgia election law.

Besides, Biden has been persistently lying and spreading brazen fake news about the law and what it intends to do. The President had falsely insinuated earlier that the new Georgia law would deny the people of colour their right to vote while comparing the new law to the Jim Crow laws, put in place in the 19th century to legalise racial segregation and disenfranchise Black citizens in America’s South.

Most recently, however, Biden has gone on to overtake even his personal incredible ability to lie. Such has been the brazen display of imbecility on the part of the President, that no less than the Washington Post was forced to ‘fact-check’ the man.

As opposed to ‘healing’ and ‘uniting’ America, Biden is unabashedly dividing the nation. It is unimaginable how a sitting President can echo demands of boycotting an American state, only for its political choices. Corporate America is also heeding to the calls of the left-leaning White House as they have no choice. In 2021, this is what Democratic principles and Freedom in the United States have been reduced to.