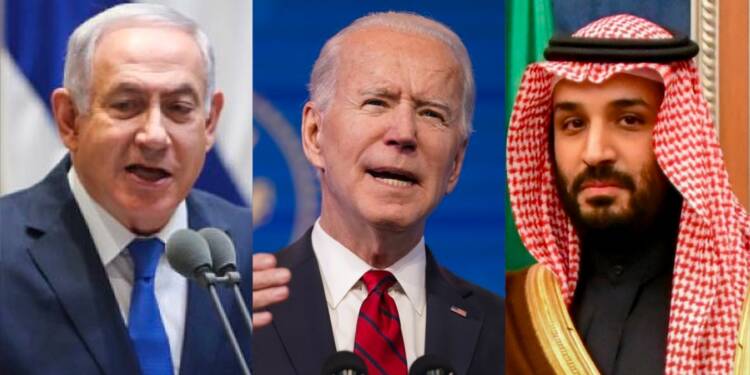 US President Joe Biden has just realised that striking the Iran nuclear deal is not really going to be a cakewalk. Israel is giving stern warnings of waging a war on the Shi’ite nation, in case a weak nuclear deal is signed. On the other hand, Saudi Arabia is bypassing the US in its negotiations with Iran and thereby reducing the scope of US-Iran engagement.

In fact, US National Security Adviser Jake Sullivan’s remarks have suggested that the Biden administration may be in a fix about the Iran nuclear deal, or what is officially known as the Joint Comprehensive Plan of Action (JCPOA). On Friday, Sullivan said that negotiations on a return to the 2015 nuclear deal are in “an unclear place.”

Sullivan said, “I’m not going to characterize the substance of the negotiations at this point because they are in … an unclear place.” The US NSA added, “We’ve seen willingness of all sides, including the Iranians, to talk seriously about sanctions relief restrictions and a pathway back into the JCPOA.”

Sullivan concluded, “But it is still uncertain as to whether this will culminate in a deal in Vienna.”

However, Sullivan did claim that Iran is serious about negotiations. He said, “I guess good faith is always in the eye of the beholder.” The NSA added, “The Iranians have come in a serious way to have serious discussions about details and the teams are working through those details now.”

Yet, Iran’s willingness or seriousness is not a matter of surprise. For Iran, the 2015 nuclear deal is a passage towards gaining an undue advantage in the Middle East. The 2015 nuclear deal struck by former US President Barack Obama has allowed Iran to get rid of American hostility while continuing its nuclear programme. So, Tehran wants a similar arrangement all over again.

The main issue though is Sullivan’s remarks about how the negotiations are in “an unclear place”. This has more to do with Riyadh and Jerusalem- the two main US allies in the region. Both of them view Biden’s nuclear deal plans as a security threat, and therefore both Saudi Arabia and Israel are pushing back against the American efforts to revive the JCPOA.

Israel’s strategy has been to mount pressure on the Biden administration with what can clearly be described as blatant warmongering. Israeli Intelligence Minister Eli Cohen, for instance, warned, “A bad deal will send the region spiralling into war.” He also said, “Israel will not allow Iran to attain nuclear arms. Iran has no immunity anywhere. Our planes can reach everywhere in the Middle East – and certainly Iran.”

US Secretary of State Antony Blinken and other top Biden administration officials are thus left negotiating with Israel. The Jewish nation has made it clear that it will not approve a weak nuclear deal, whereas Iran is making all kinds of demands such as the release of prisoners, full rollback of sanctions and a very limited nuclear deal. Such differences and friction are making the Iran nuclear deal very elusive.

On the other hand, Saudi Arabia Crown Prince Mohammed Bin Salman (MBS) is manipulating Tehran against the US. Riyadh is tacitly ousting the Biden administration out of the region. MBS has taken the initiative to throw a bait at Iran by negotiating ceasefire plans in Yemen with Tehran. The Shi’ite nation too finds it convenient to engage with Saudi Arabia over the US.

At the end of the day, Iran understands that President Biden wants to use it as a pawn. Also, Saudi Arabia and Iran share a religious rivalry, which they can resolve on their own.