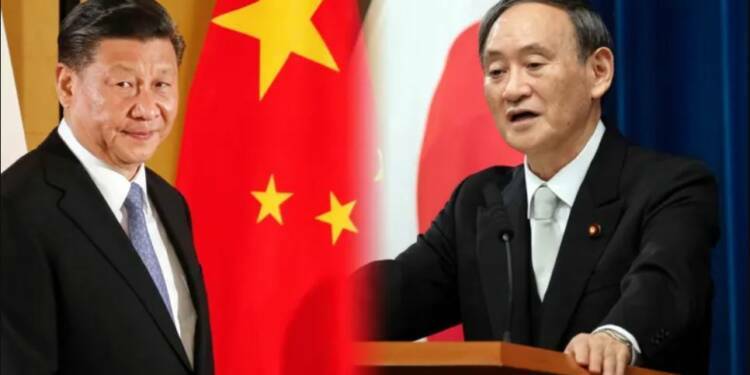 Japan is emerging as a true global power, which is ready to get involved in serious geopolitical tussles for undermining Chinese authoritarianism. Now, Tokyo is getting involved in Eastern Europe in a serious bid to force the European Union into taking a strong anti-China line.

The European Union (EU) is looking to work out its first-ever official strategy for the Indo-Pacific. In this context, Japanese Foreign Minister Toshimitsu Motegi embarked on a tour of Central and Eastern Europe with a two-fold purpose. Firstly, Tokyo wants to damage China’s Belt and Road Initiative (BRI) investments in the region and secondly, the Japanese government wants to exploit divisions within the EU in order to compel Brussels into a tough stance against China.

Motegi is going to meet his counterparts from all key Central and Eastern European nations. On Friday, the top Japanese diplomat met his Slovenian counterpart, Anze Logar. The meeting was successful, as Logar made a fervent appeal for closer bilateral cooperation with Japan, and also stressed the need to respect international law in the Indo-Pacific, where China often defines the rule of law with its maritime aggression.

Bosnia-Herzegovina is Motegi’s next stop. On Thursday, the Japanese Foreign Minister will travel to Poland and meet his counterparts from the Visegrad Group, or V4 – a group of four European nations that also includes the Czech Republic, Slovakia and Hungary.

One may seem to think why these countries become so important at a time when the EU is looking to release a formal Indo-Pacific strategy. As EU members, these Central and Eastern European nations, of course, carry voting power. But there are bigger political factors at play behind Motegi’s visit to the region.

Firstly, China has been trying to increase its influence in the region. Many Central and Eastern European nations are BRI partners and Beijing’s “debt trap” diplomacy is in full swing. Montenegro, for example, is struggling to repay China’s predatory loans. Tokyo, therefore, looks at an opportunity to play up anti-China sentiment in the region and compel Eastern European countries to look at Japan as a substitute for Chinese investment.

Motegi carries a clear message for Central and Eastern Europe- Chinese debts are predatory and you must attract Japanese investments in order to avoid another Montenegro-like disaster.

Secondly, Japan is also looking to force Brussels into a tough Indo-Pacific policy against China. Within Japan, there is an apprehension that since the EU is not directly affected by Chinese belligerence, it might not take a tough stance, unlike the US and Japan. The fact that Brussels gets swayed away by Chinese investments also became clear when the EU signed an investment deal with Beijing last year.

However, the Suga administration in Japan knows that the EU is not united. It is divided into two halves- Western Europe and Eastern Europe. In 2004, the EU did manage to rope in eight Eastern European nations. But the fact remains that Western Europeans consider the countries that acceded to the EU in 2004 or even between 2007-2013 as “new” and not fully European.

Many Eastern European nations themselves do not feel comfortable within the EU, as they don’t have much say in policymaking. Countries like Hungary have even shown signs of rebellion against the Brussels-based body exposing the deep divisions within the intergovernmental organisation. Now, when the interests of a global power like Tokyo do not match with the EU leadership, then the former does find an easy opportunity in playing up the EU’s insecurities by wooing Eastern European nations.

For Tokyo, it will be a fair deal to exploit the divisions within the EU. This becomes much more probable when something like Brussels’ Indo-Pacific policy is at stake. Eastern Europe is ready to be taken away by a foreign power and Tokyo will have no qualms in pulling it onto its side.

Motegi’s visit is thus full of symbolism and sends a clear message. The ultimate purpose is to, of course, derail the EU-China investment treaty while also forcing Brussels to pursue a tough Indo-Pacific policy.