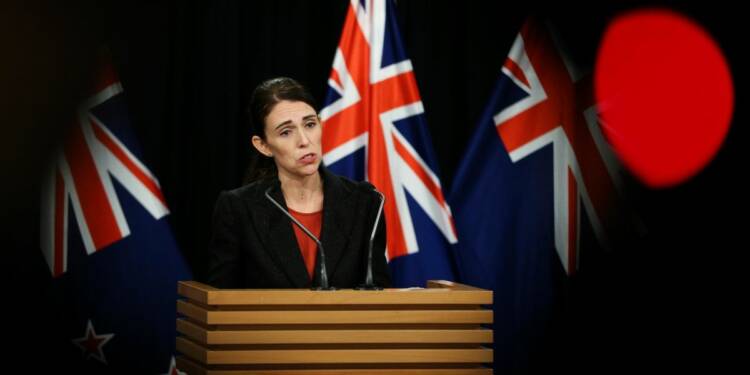 New Zealand’s Prime Minister and a liberal mascot – Jacinda Ardern has finally decided to wake up from her slumber and supposedly appear to ‘take on China’. This, after the Five Eyes alliance, comprising of the U.S., UK, Canada and Australia indicated that they were more than willing to let go of New Zealand if it was uncomfortable in taking on China. Most recently, Jacinda Ardern was lambasted in the British parliament for her rather shameful prostration before China. Having sensed that the West and its ‘allies’ are no longer happy, Ardern decided to perform a little act this Monday.

In her speech to the China Business Summit in Auckland on Monday, Ardern said New Zealand has raised “grave” concerns with China on human rights issues, including the situation of Uyghurs in the Xinjiang region and people who live in Hong Kong. “And it will not have escaped the attention of anyone here that as China’s role in the world grows and changes, the differences between our systems – and the interests and values that shape those systems – are becoming harder to reconcile,” Ardern told the audience.

Many might feel that Jacinda Ardern is finally shedding her pro-China bias. But wait. What if we told you this is a fixed match between Wellington and Beijing? Would you be shocked? You should not be, because that’s what precisely this little stunt of Ardern is. Jacinda Ardern is walking a wafer-thin line and is trying to somehow preserve New Zealand’s relations with Western democracies while also not antagonising China. However, if push ever comes to shove, have no doubt, Jacinda Ardern will side with the communist country.

Read more: Jacinda Ardern: A Chinese stooge, a product of the liberal media PR and a terrible leader in reality

What other choice does she have? China has funded her political party and election campaigns. China is New Zealand’s largest trading partner. Surely, New Zealand will willingly abandon its principles and ethics of supporting human rights and democracy to remain in the good books of China. Jacinda Ardern’s ‘attack’ on China was hardly offensive. Hell, it was hardly an ‘attack’. What Ardern said was completely normal, and China understands that. It is highly likely that Jacinda Ardern communicated with the Chinese before giving out the speech on Monday.

Even if she did not, China understands that New Zealand must issue soft statements against Beijing from time to time. And that is worrying the Five Eyes alliance. Jacinda Ardern might be New Zealand’s Prime Minister, but she is bidding emphatically for China before the democratic world. And this is what has left the UK enraged. Tory MP Bob Seely said that Jacinda Ardern was “in a hell of an ethical mess”. The British lawmaker added, “A prime minister who virtue signals whilst crudely sucking up to China whilst backing out of the Five Eyes agreement, which I think is an appallingly, appallingly short-sighted thing to be doing.”

The remarks came after New Zealand’s Foreign Minister Nanaia Mahuta stoked controversy by taking aim at the Five Eyes alliance and saying, “We would much rather prefer to look for multilateral opportunities to express our interests on a number of issues.” New Zealand is of the opinion that the Five Eyes must remain an intelligence-sharing network, and not become an anti-China coalition. Other constituents of the alliance emphatically disagree with Wellington on this count.

Jacinda Ardern must take credible and visible action against China, like its neighbour Australia did, to take on China. Only then will the world recognise New Zealand’s efforts to stand for democracy, even at the cost of ties with China deteriorating and the trade partnership between the two countries taking a hit. Fixed and ratified statements given out by Jacinda Ardern have no impact, either on China, or the democratic world.