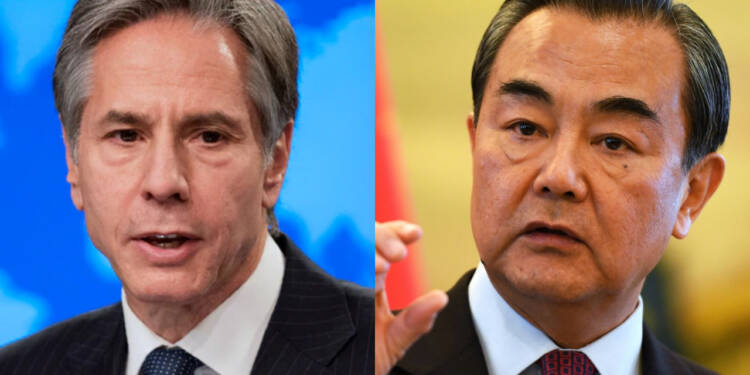 On Friday, Secretary of State Antony Blinken will be participating in a UN Security Council meeting chaired by the Chinese Minister of Foreign Affairs Wang Yi on strengthening global cooperation and the key role of the UN in harnessing international action to tackle the world’s conflicts and crises. This will be the first time that Blinken and Yi will be face to face after the Alaska Dialogue, which as we all know, was an unmitigated disaster for the United States due to the Biden administration’s inability to aggressively take on a belligerent China.

The gathering will focus on the maintenance of international peace and security, upholding multilateralism and the UN-centred international system, China’s UN envoy Zhang Jun said during a press conference outlining his country’s priority for its presidency. The participation by Secretary of State Antony Blinken comes in the backdrop of him recently touring Europe to meet with members of the G7 to discuss a range of shared geopolitical challenges, including China.

On Monday, Biden attended a meeting of the G7 Foreign Ministers. China was one of the leading issues on the agenda of the meeting attended by Foreign Ministers of advanced world economies. Interestingly, prior to the G7 meeting, Antony Blinken had said that the United States was not aiming to “contain China” but to “uphold this rules-based order” – that China is posing a challenge to. He added that anyone who poses a challenge to that order, we’re going to stand up and – and defend it.

The keywords, however, were that the Biden administration was not looking to “contain China” although that is what must be precisely done to protect the world from expansionist Chinese advances. However, now that news has emerged of China assuming the presidency of the United Nations Security Council for the month of May and no less than the Chinese Foreign Minister Wang Yi chairing a crucial meeting on Friday to discuss multilateralism and the UN-based international system, the Biden administration has started shaking in its boots.

The United States is the leader of the free world order. China, however, does not buy that and is posturing itself as the global superpower the world needs to learn from. Wang Yi chairing a UNSC meeting on Friday is a step towards China asserting itself as the fulcrum of the post-Covid world order. Needless to say, the Biden administration is scared to its meek bones with such posturing of China and has, therefore, in order to avoid being lambasted openly before all UNSC members, decided to placate the Middle Kingdom.

Secretary of State Antony Blinken and the Chinese Foreign Minister have quite a history. Remember the Alaska Dialogue, where China thrashed the living daylights out of the U.S.? Well, the Biden administration does not really want to be lambasted once again by the same man in front of the entire UNSC. So, Blinken’s statement of the U.S. not trying to contain China is in fact an attempt to woo the paper dragon so that it might not unleash its temper against the ‘leader of the free world’ on Friday.

If saying that China was not being contained by the Biden administration was not enough, Blinken also went on to suggest that Beijing behaving “increasingly in adversarial ways” was “profoundly against the interests of both China and the United States and to get to that point, or even to head in that direction.”

Thus, the Biden administration is quite literally going all out of its way to ensure that China does not humiliate it on Friday in the presence of 14 other UNSC members. For that, it is willing to speak in a defeatist tone and humbly accept Chinese supremacism.