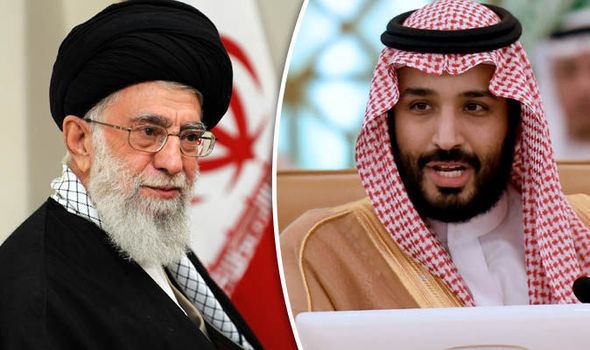 MBS is a very shrewd leader who understands the Middle East region inside out. He knows how Iran is almost completely dependent on Shi’ite militias and regional proxies scattered all over the region. The Saudi Crown Prince also knows that Iraq wants to diffuse Saudi-Iran tensions, and most importantly MBS understood that the Saudi-Iran dialogue would disillusion Iraqi Shi’ite militias.

The dialogue between Iran and Saudi Arabia was actually encouraged by Iraq, which is troubled by the centuries-old schism between Sunni Muslims and Shia Muslims. Iraq borders both Saudi Arabia and Iran. It also consists of both Shias and Sunnis.

A group of Shi’ite militias, traditionally loyal to Iran, are also present in Iraq. In fact, they have been sponsored and nurtured by Tehran so far and were also instrumental in fighting ISIS.

As such, Iraq wants a resolution between Iran and Saudi Arabia. Iraqi leadership does not want to get sandwiched in between a Sunni power and a Shia power at loggerheads with each other. Baghdad is also wary of hosting the Shi’ite militias for too long. So, it brought together the Saudis and Iranians, which has surprisingly made some excellent progress.

The Saudi-Iran dialogue is making all regional powers happy, except the Iraqi Shi’ite militias. These militias fear that if Riyadh and Tehran resolve their conflicts, then they will become obsolete and powerless. Presently, the Shia majority nation is supporting and funding these fighters. But if Tehran is able to arrive at a settlement with Riyadh, it will have no qualms in abandoning the militias.

Iraqi militias have been making their displeasure and disagreement known. They have been silently protesting against the progress that the Saudi-Iran dialogue is making.

In fact, Tehran has been worried about Shi’ite militias going out of Baghdad’s control. The Shia majority nation had earlier ordered these militias to stop hitting US targets in anticipation of talks with the Biden administration looking to engage Tehran. Yet, many militias had ignored Tehran’s diktat. Irked by the militias, Iran had to issue an open warning that it would disavow some of the militias if they kept disregarding Iranian instructions.

Read More: As MBS launched a diplomatic offensive against the US with a bilateral meeting with Iran, Biden administration kneels

The militias themselves understand that Iran’s desire to move towards a diplomatic solution- earlier with Biden, and now with MBS. But they simply refuse to comply. Militias want to play spoilsport and keep Iran at loggerheads with Sunni Arabs because these proxy groups understand that their very survival is dependent upon the conflict in the region.

Sensing the friction between Iran and its militias, MBS decided to exploit the faultlines between Tehran and its armed proxy groups. The Shi’ite nation is not likely to cut all of its proxies loose even if a diplomatic resolution between Riyadh and Tehran is reached. However, the militias will gradually fade into oblivion due to sheer lack of purpose. This is causing visible restlessness amongst Iraqi Shi’ite militias, much to Riyadh’s liking.