How much does it take to buy out a Prime Minister? Unveiling the CCP-Jacinda Ardern deal 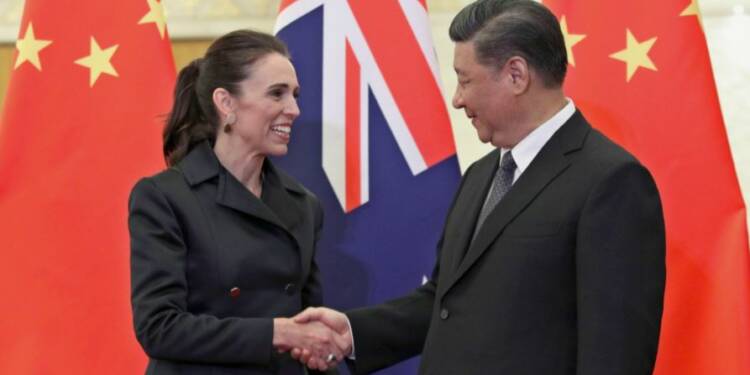 Time and again, New Zealand Prime Minister Jacinda Ardern has displayed tendencies to toe the interests of the Communist Party of China. She has been unwavering in her support for China, and this has a detrimental impact on because New Zealand is heavily reliant on Australia in the Oceania region. Moreover, the great diplomatic rift between China and Australia is not looking to close and Australia has started to decouple itself from China.

In the newest of its toeing CCP’s line, the New Zealand parliament will not debate a motion that would classify Uyghur abuses in Xinjiang, China, as genocide. On Tuesday, Parliament chose to soften the language and address concerns about human rights violations in the region in a broader context. The new motion is expected to pass unanimously on Wednesday. However, it represents no departure from the country’s current position.

Nanaia Mahuta, the foreign minister, issued a statement in March, expressing “grave concerns about the growing number of credible reports of severe human rights abuses against ethnic Uyghurs and other Muslim minorities in Xinjiang.”

Brooke van Velden, the ACT party’s deputy leader and foreign affairs spokesperson, initiated the original motion. She stated that the Labour Party, which holds a majority in New Zealand’s parliament, would not support the motion unless the word “genocide” was removed.

“It’s a sad state of affairs that we’ve needed to soften our language to debate hard issues,” she said in a statement.

The New Zealand government has come under increasing pressure to take a firmer stance on the situation in Xinjiang, both domestically and from international allies. By refusing to allow the genocide motion to proceed to the debate stage, New Zealand’s government has deviated from some of its traditional allies, including the United Kingdom, Canada, and the United States.

During a parliamentary debate in the United Kingdom in April, Conservative MP Bob Seely said New Zealand’s prime minister, Jacinda Ardern, was “in a hell of an ethical mess.” An open letter from Uyghurs in New Zealand was published on Tuesday, urging parliament to declare the situation genocide. “We recognise that New Zealand is neither a military nor a trade superpower; however, New Zealand is a moral superpower. “We have the ability to influence the fate of the 20 million Uyghurs who are suffering in their homeland,” it stated.

Jacinda Ardern’s obsession with China is seriously jeopardising New Zealand’s global standing. In an unexpected turn of events in January of this year, for example, New Zealand’s Trade Minister suggested that Australia could mend relations with China by showing its government more “respect.” More recently, New Zealand refused to sign a joint statement with 14 other countries expressing concern about China’s cooperation in the World Health Organization’s search for the origins of Covid-19. To make matters worse, while Beijing was bombarded with Western sanctions, particularly those imposed by Five Eyes constituent members, Ardern’s New Zealand chose not to sanction China.

In addition to opting out of a joint statement last May before Hong Kong’s national security law was enacted, and again in January to condemn mass arrests of opposition figures and pro-democracy activists in Hong Kong, Wellington issued its own vaguely worded and soft statements. The Jacinda Ardern government also poked the Five Eyes in the eye, warning them not to use the forum to take on China and deviate from its primary purpose of intelligence sharing.

The remarks of the Jacinda government have revealed Wellington’s proclivity to save China from embarrassment. Jacinda Ardern may be the Prime Minister of New Zealand, but she is putting China ahead of the democratic world.

In July last year, Ardern was investigated for financial donations she received in the run-up to her election campaign in 2017, with possible links to the Chinese Communist Party (CCP). The Serious Fraud Office (SFO) of New Zealand announced at the time that an investigation into donations made to Prime Minister Jacinda Ardern’s Labour Party in 2017 had begun.

Moreover, even though the Jacinda government issued a statement this month criticizing the Chinese government. She offered criticism by expressing formal concern towards Chinese atrocities but as soon as the statement was made, New Zealand’s Foreign Affairs Minister Nanaia Mahuta assured Chinese President Xi Jinping about the Jacinda government’s loyalty and commitment towards Beijing.

The values of Chinese communists and New Zealanders are diametrically opposed. China is an authoritarian regime that thrives on the deaths of dissidents and the oppression of minorities, whereas New Zealand was a respectable democracy before Jacinda came to power. This begs the question as to how such a change can be accepted and propagated by a person born and brought up as a New Zealander and this could conceivably point to just one thing: monetary gains. So how much does it take to buy out a Prime Minister like Ardern? Couple of Million dollars? Hundreds of Millions of dollars? – Sky is the limit!

Once the lackeys of China, Baltic nations now consider China as a threat and Trump is to be thanked for it