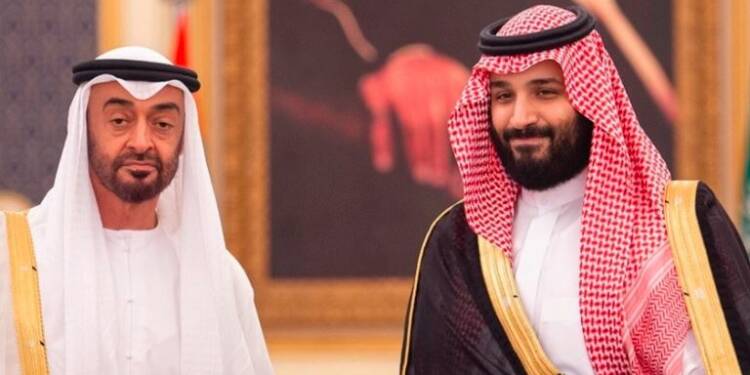 Saudi Arabia – the undisputed leader of the Muslim world might have trouble coming its way, courtesy of its inability to get rid of radical elements who continue to have significant sway over the politics, governance and foreign affairs of the kingdom. The clerical hierarchy of Saudi Arabia continues to remain anti-Israel and anti-Zionist in its approach. Therefore, it remains sympathetic to the boring ‘Free Palestine’ bandwagon. The Abraham Accords of last year came as a ray of hope, as Saudi crown prince Mohamad bin Salman tacitly agreed to a gradual normalisation of Arab ties with Israel.

Back then too, the Saudi clerics did not like the idea of recognising and having peace with Israel. Now, with the recent spike in hostilities between Israel and Hamas terrorists, the radical elements within Saudi Arabia seem to have gained an upper hand. Therefore, Saudi Arabia’s foreign minister on Sunday condemned Israel’s “flagrant violations” of Palestinian rights and called on the international community to act urgently to put an end to military operations.

The Saudi foreign minister’s remarks may end up having unforeseen consequences for the Islamic kingdom which prides itself on being the leader of the Muslim world. The United Arab Emirates (UAE), led by Mohamed bin Zayed Al Nahyan has been very calculated in its remarks to the developments in the Middle East recently. In fact, it has gone on to warn Hamas that prolonged fighting with Israel will result in the Emirates cancelling all investment projects planned by it in the Gaza strip. This is to say that UAE has not gone on to defend the indefensible this time round. And that would make the UAE a severe contender for the title and position which Saudi Arabia holds so dear to itself.

Prince Faisal bin Farhan Al Saud condemned what he called the violation of the sanctity of Islamic holy sites and “forcible” eviction of Palestinians from their homes in East Jerusalem. While speaking at the start of an emergency virtual meeting of the 57-member Organisation of Islamic Cooperation (OIC) convened to discuss the ongoing Israel-Hamas conflict, the Saudi Foreign Minister also called upon the “international community to carry out its responsibility toward ending this dangerous escalation, to act urgently to halt military operations and to revive peace negotiations based on a two-state solution.”

The remarks of the foreign minister show that Mohamad bin Salman is losing his grip over the radical elements within the kingdom and that they are beginning to once again resuscitate the dead Palestine bogey with inflammatory remarks against Israel, despite knowing fully well that the Jewish nation was merely striking back at Hamas’ terror after rockets were launched by it from Gaza into Israel, targeting civilian populations.

Saudi Arabia’s clergy are severely shooting their kingdom in the foot by trying to play the Palestine card once again. Mohamad bin Salman, meanwhile, is letting Saudi Arabia’s position as the ‘leader of the Muslim world’ come into question. When it comes to Israel, countries which have signed peace accords with it are walking a tightrope on the current conflict and not testing their luck with ill-thought and provocative statements. However, Saudi Arabia seems to be doing quite the opposite, thus imperilling its status as the leader of the Muslim world.

Saudi Arabia and its radicals must realise that harping on the Palestinian issue will reap no dividends in 2021 and the years which are to come. Saudi Arabia is an oil-dependent economy, unlike the UAE, which has diversified its portfolio in a rather short span of time. Perhaps, Saudi Arabia misstepping on the Israel-Hamas conflict was the perfect opportunity the UAE was waiting for to consolidate its position for a future takeover of the reins of the Muslim world from the Saudi kingdom.

Ultimately, the question of who is to lead the Muslim world will boil down to which country among Saudi Arabia and the UAE has a bustling, diverse economy and a modernist view of issues of the 21st century. While MBS might be a well-intentioned reformist within Saudi Arabia, his hold over the kingdom’s radical elements seems to be waning, particularly with the ongoing conflict between Israel Defense Forces and Hamas terrorists. Meanwhile, the UAE is much more pragmatic in its approach to a variety of issues – the Israel-Palestine conflict being one of them.

As such, Saudi Arabia’s radicals are scripting their kingdom’s own downfall. The UAE, by realising that Palestine is a lost cause, has chosen to side with Israel, even if it cannot come out in its support and has to issue timid statements against it for now. Yet, in absence of an MBS-style purge of the Saudi clergy, a UAE takeover of the Muslim world seems imminent.