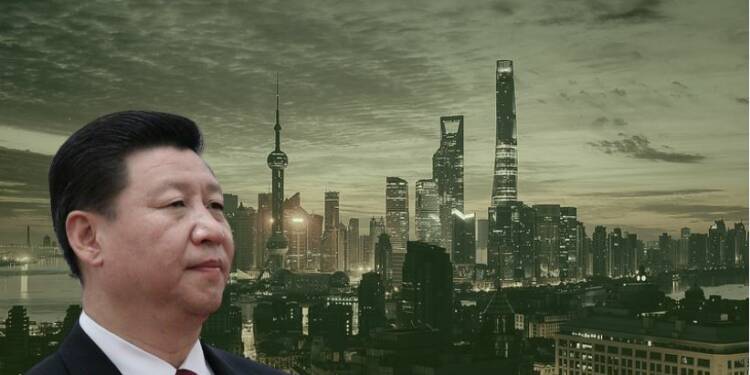 It is one thing when the private sector gets submerged in the weight of their own loans, but when the same happens with the public sector you know things are really bad. The Chinese Communist Party was following the age old approach of using the behemoth of the construction sector to boost the economy but it has spiralled and it seems China is going to collapse under its own weight due to the glaring loopholes in its financial market. Liabilities at Chinese civil engineering and construction companies are ballooning and investors fear Chinese government will not be able to bail out state owned companies.

Premiums on foreign currency-denominated bonds are growing as liabilities at Chinese civil engineering and construction firms engaged in public works projects to shore up the economy develop. Since investors believe the Chinese government will no longer bail out state-owned enterprises, the bonds are under selling pressure. A sharp increase in defaults by large corporate borrowers in China could send global markets into a tailspin. Chinese companies’ debt servicing costs are climbing, with $2.14 trillion of bonds maturing by 2023, 60% more than the value of bonds that came due from 2018 to 2020.

And this economic catastrophe has been in a long time in the making since the pandemic and even before the trade war. Hundreds of fintech companies like Alibaba-affiliate Ant Group have lent big to millions of China’s youngsters. Often, these fintech companies act as brokers allowing consumers to borrow from traditional banks. But with its economy slowing down, China is looking at en masse defaults, which can hurt the Communist nation’s financial system irreparably. The Chinese government is making a last-minute move by regulating fintech companies but it may be too little, too late.

Since late last year, even the big borrowers are defaulting. Danke, which functions as a rental agent for half a million Chinese tenants, is alleged to have run into financial problems. It is also alleged of having failed to pay their landlords across China, as a rental agent. Similarly, in June, it was found that Kingold- China’s largest privately-owned gold processing and jewellery company, had passed off 83 tons of gilded copper as gold in collateral.

Read more: Is China facing a HUGE DEBT CRISIS? And can its desperate last-minute moves save it?

The highest liabilities are held by large state-owned entities. By the end of 2023, China State Railway Group, which is operated directly by the government, will have redeemed approximately $90 billion in bonds, while State Grid Corp. of China will have repaid approximately $14 billion in debt. Owing to a lack of cost controls, the two unlisted firms are saddled with massive debts. By 2023, civil engineering and construction firms, as well as railway and grid operators, will repay $600 billion in Chinese corporate bonds, or 30% of the total.

Read more: The country that loved debt-trapping other countries is getting buried under a mountain of debt

Meanwhile, overseas investors are paying keen attention to trends in foreign currency-denominated debt, which makes up nearly 10% of the Chinese market. With $172 billion worth of such bonds maturing by 2023, foreign investors are increasingly nervous: Defaults on those are increasing as well.

According to financial information providers such as Refinitiv, more than ten dollar-denominated bonds have defaulted since 2020. Peking University Founder Group, an information technology corporation founded by the university, has been unable to pay the principal and interest on its dollar-denominated bonds since February 2020, when it entered a bankruptcy procedure known as chong zheng, or corporate rehabilitation.

If China’s implicit government guarantees are abruptly reduced, the bond market may be thrown for a loop. Goldman Sachs’ Kenneth Ho warned of the negative consequences of a dramatic policy shift, stressing the importance of the government preventing structural problems from spreading. These developments are signalling towards a really hellish future for the Chinese financial markets and economy in general.