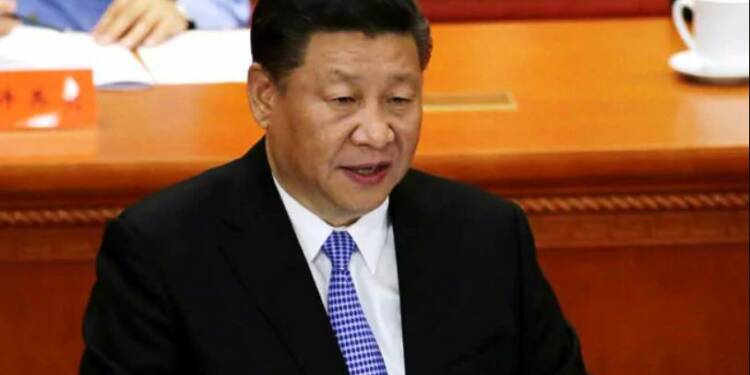 The People’s Republic of China loves debt and debt crises. China has debt-trapped many countries, sometimes with the help of Xi Jinping’s flagship Belt and Road Initiative (BRI) and sometimes without it. Be it the Hambantota project in Sri Lanka or the China-Pakistan Economic Corridor or the many infeasible Chinese infrastructure projects in Africa, Beijing loved debt-trapping entire countries. But now China has become a victim of its own weapon.

China’s economy is quickly getting buried under a huge mountain of debt. The Communist nation is facing a debt crisis at every level including the state-owned companies, the microlending sector and even the local governments.

At TFI, we have already discussed how China’s big state-owned firms are facing greater pressure to pay their outstanding debts. Similarly, we have discussed China’s micro-lending crisis and how China’s youth has got addicted to Chinese fintech companies.

But as per SCMP, there is a new crisis brewing in the Chinese economy- implicit local government debt risks.

However, the numbers do not give a true picture. China’s debt crisis is actually more severe than what it looks like. The local government debt is believed to be vastly underestimated and considerable debt is said to remain buried in some state-owned enterprises, financing vehicles and public-private partnership projects.

In fact, even the Chinese government seems to admit the issue of hidden debt in Chinese local governments. In 2018, the Ministry of Finance conducted an investigation into the off-budget government debt. Thereafter, the ministry issued a diktat against any increase in debt on that year’s level. The amount of implicit debt was never revealed but as per SCMP, analysts believe it to be much higher than the recognised US$3.97 trillion.

Last month, China’s top legislature issued a warning. It revealed that the implicit size of debt was still rising in some of China’s region. Since then, China’s State Council has been getting strict on the issue of enforcing fiscal discipline amongst local governments.

In a new circular released on Tuesday, the State Council has banned unauthorised local borrowings through corporations and financial institutions. The move is, of course, aimed at avoiding more implicit debt at local government levels. Also, financing vehicles are now being prohibited from providing funding to local authorities.

The circular read, “We must coordinate development and security, immediate and long-term objectives, and forbid unrealistic promises.” It added, “The bottom line of no systemic risk must be defended.”

China’s Finance Ministry does concede that there are risks in grassroot fiscal operations, local government debt, social security and the finance sector. The central government is also very clear in its approach of declaring that it will not bail out local fiscal failures stemming from debt.

However, austerity measures and fiscal discipline that China wants to impose at local levels can have negative consequences. The Chinese economy has failed to recover from the Pandemic that originated in the Communist nation in 2019. And if government spending goes down, then China will find it doubly hard to revive its slowing economy.