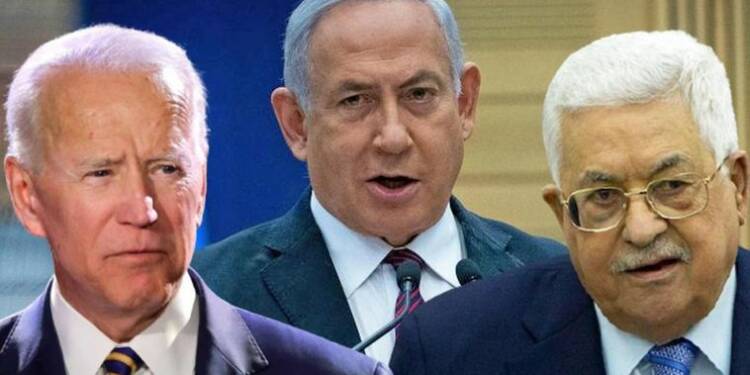 In yet another move which could spark a fresh round of hostilities between Israel and the dispersed state of Palestine, the Biden administration has announced that it would soon be reopening its consulate general in Jerusalem – a move that restores ties with Palestinians. Interestingly, former President Donald Trump – in line with the United States’ erstwhile unwavering commitment to the Jewish nation of Israel, had downgraded the consulate’s operations and placed them under his ambassador to Israel when he moved the US Embassy from Tel Aviv to Jerusalem.

Announcing the same without revealing a date for the reopening of the consulate general, Secretary of State Antony Blinken said the move would be “an important way for our country to engage with and provide support to the Palestinian people”. Almost simultaneously, on Tuesday, White House press secretary Jen Psaki was heard saying, “In our view, this is the next natural step to announce plans to reopen the consulate, and again, we also announced our commitment to contributing to the funds to rebuild Gaza, so these are all part of our efforts to rebuild that relationship.”

The United States’ previous consulate, which was downgraded by Trump, was responsible for serving all residents of the West Bank, Gaza Strip and East Jerusalem – regions where the vast majority happens to be of Palestinians. However, Israel is not going to take this misadventure of the Biden administration lying down, as it considers the entire city of Jerusalem, inclusive of East Jerusalem, as its sovereign territory. As a matter of fact, Israeli sovereignty over East Jerusalem is one aspect of the Israel-Palestine conflict that the Jewish nation will never compromise upon.

Former President Donald Trump realised the same, which is why he made the sound decision of practically converting the U.S.’ consulate responsible for Palestinians a part of America’s embassy in Israel – which was, in recognition of Israel’s sentiments, shifted to Jerusalem. That the Biden administration faces a legal challenge back home, in the form of congressional legislation from 1987 that labels the Palestine Liberation Organization (PLO) “and its affiliates” a terror group is a separate matter altogether.

According to a report by Axios, Prime Minister Benjamin Netanyahu has raised severe reservations with Blinken during their meeting and said he’d prefer it if the consulate were to remain as part of the U.S. embassy in Jerusalem, rather than an independent diplomatic mission. Importantly, the United States will require Israeli approval to open a diplomatic mission in its capital – a go-ahead which Netanyahu is not expected to give.

Read more: Israel is banking upon the faultlines between Hamas and Fatah in bid to control the West Bank with an iron fist

While chatter suggests that chances of the United States reopening its consulate for Palestinians in West Jerusalem’s Agron street are higher, a Times of Israel report has also suggested that the Biden administration might go as far as opening a new consulate in East Jerusalem – which Palestinians claim to be the future capital of their independent state. Thus, the U.S. might just be infuriating Israel by legitimising Palestinian claims over East Jerusalem.

Israel is not expected to be a mute spectator to the events which have been unfolding. Despite Netanyahu telling Blinken that the U.S. should not disturb the present status quo in Jerusalem, the Biden administration has gone on to announce the reopening of its Palestinian consulate. This will embolden Palestine, while also angering Israel – both of whom will fight it out over who has a right to retain Jerusalem.

A mysterious, unclaimed airbase right off the coast of Yemen is the missing link to UAE’s global power projection

“You can see him,” China power bombed John Cena and the champion is absolutely clueless