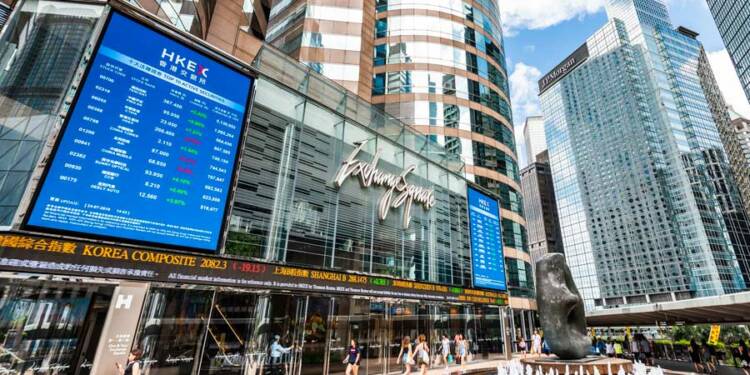 China under Xi Jinping has no idea as to how markets and businesses work, given he being an authoritarian he only understands how to bring everything under his grip. Xi Jinping’s anti-market and business-subverting policies are beginning to show effect – and the worst-hit sector happens to be China’s tech industry. Big Chinese tech companies are losing money like there is no tomorrow. According to reports in the financial press, China’s domestic debt has ballooned and can no longer be sustainably refinanced, resulting in an alarming increase in defaults on local loans.

Domestic business defaults have been twice as high this year as they were during the Chinese stock market meltdown of 2015. The distressed debt manager China Huarong Asset Management is causing a lot of alarm among foreign bond investors, and it’s causing a lot of hand wringing. It is collateralizing the bad debt it has bought as good debt, guaranteed by its Hong Kong subsidiary. 12 out of 18 Chinese IPOs in Hong Kong have crashed to the bottom as Jinping’s decisions backfired.

Investors are fleeing China’s tech sector en masse. The levels of mistrust which Chinese tech giants have come to face in markets is causing them to register massive capital shrinkages. In times like these, a normal government in a normal country would do all they could to ensure that the market sentiment does not turn from one of no-confidence to one of hostility against tech giants. However, the most hostile power which Chinese tech giants face domestically is the Chinese Communist Party itself.

According to a report by Nikkei Asia, the combined market capitalization of ten leading IT and high-tech companies, including Alibaba Group and Tencent Holdings, has plunged by over $800 billion or almost 30 per cent from a peak in February. Last Tuesday, Tencent shares finished at 585.5 Hong Kong dollars, down more than 20 per cent from a record high in February.

According to the report, “The market caps of (leading Chinese tech giants) Alibaba, Tencent, Meituan, JD and short video app operator Kuaishou, listed in Hong Kong, have fallen by 20 per cent to 40 per cent from February 17. The total of them has come to around HK$13.5 trillion ($17.4 billion), down a little more than HK$5.1 trillion.”

More free money and easy loans have been given out in the last year than at any previous period in my memory, owing to economic stimulus measures that flooded pandemic-stricken regions with cash, boosting demand for commodities and shares, and fueling up speculation. All these coupled with the fact that Xi Jinping is constantly bullying big firms in China, the investors are confident that the markets are not predictable anymore and everything depends on the mood and vulnerability of Xi Jinping and his decisions that follow.