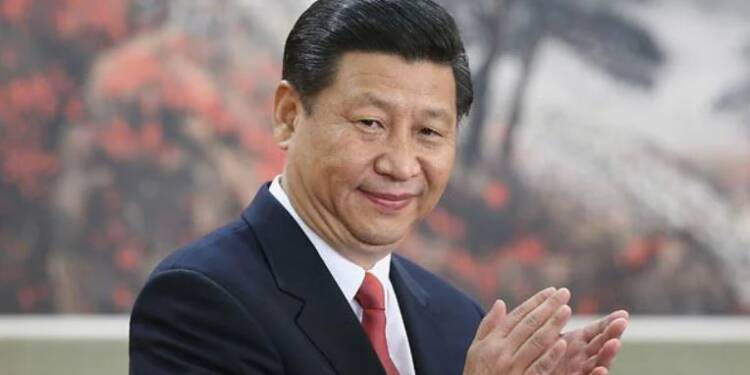 We all know China to be a country where the markets are controlled by the government, and the government, in turn, is controlled by one despotic man. CCP General Secretary Xi Jinping’s anti-market and business-subverting policies are beginning to show effect – and the worst-hit sector happens to be China’s tech industry. Big Chinese tech companies are losing money like there is no tomorrow. In a matter of four months, Chinese tech giants have lost a whopping $800 billion – owing to Xi Jinping’s crackdown on the sector.

Investors are fleeing China’s tech sector en masse. The levels of mistrust which Chinese tech giants have come to face in markets is causing them to register massive capital shrinkages. In times like these, a normal government in a normal country would do all they could to ensure that the market sentiment does not turn from one of no-confidence to one of hostility against tech giants. However, the most hostile power which Chinese tech giants face domestically is the Chinese Communist Party itself.

According to a report by Nikkei Asia, the combined market capitalisation of ten leading IT and high-tech companies, including Alibaba Group and Tencent Holdings, has plunged by over $800 billion or almost 30 per cent from a peak in February. Last Tuesday, Tencent shares finished at 585.5 Hong Kong dollars, down more than 20 per cent from a record high in February.

According to the report, “The market caps of (leading Chinese tech giants) Alibaba, Tencent, Meituan, JD and short video app operator Kuaishou, listed in Hong Kong, have fallen by 20 per cent to 40 per cent from February 17. The total of them has come to around HK$13.5 trillion ($17.4 billion), down a little more than HK$5.1 trillion.”

Pinduoduo, search giant Baidu, financial services platform Lufax, video streaming site Bilibili and gaming platform NetEase – which are all Chinese tech giants listed in the United States witnessed their combined market cap declining by over $150 billion in the past four months. Therefore, at least ten Chinese tech majors saw their market values shrink by a total of $801 billion over the same period.

The tremendous market value shrinkage of leading Chinese tech giants has been attributed to investors growing nervous of Communist clampdowns in the sector. According to a Wall Street Journal report, Chinese companies are suffering as investors begin to regain their appetite for more “modestly valued” old-economy businesses.

Xi Jinping is clamping down hard on Chinese tech companies, as he fears the owners of such giants will overpower him if their rising fortunes are not curbed immediately. It is, therefore, no miracle that Xi Jinping has targeted almost all the companies which have lost over $800 billion collectively over the past four months.

Last year, Alibaba founder Jack Ma criticised Chinese regulators, and now, Wang Xing, the co-founder of a Chinese food delivery giant Meituan, has posted a poem on social media, which was interpreted by outsiders as a veiled criticism of the Xi Jinping administration. The next thing we know, Ant Group Co.’s record stock listing worth $37 billion got stalled. China’s State Administration for Market Regulation (SAMR) also launched an anti-monopoly probe against Alibaba, and Jack Ma then went missing for quite a long time.

In March, e-commerce giant Pinduoduo surpassed Alibaba in active annual users, tallying 788.4 million users in 2020, overtaking Alibaba’s 779 million. This meant that the CCP had to turn its eyes to the emerging leader of the tech sector. So, Pinduoduo’s founder was forced to step down as chairman of the company’s board of directors. Separately, CCP mouthpieces like Global Times armed themselves with a great set of articles to shatter the image of the company. They ranged from pirated books to overworking labour at Pinduoduo.

Earlier in May, Tencent was ordered to stop the illegal gathering of personal information of the users of its apps. This is funny because Tencent must be doing the same for so long with the approval of the CCP. However, when it came to clipping the company’s wings, the CCP did not waste a single wakeful moment.

The markets are not responding to an unknown set of problems plaguing the Chinese tech sector. Instead, they are merely trying to insulate themselves from the repercussions of the visible fallout between China’s CCP regime and the country’s tech giants.