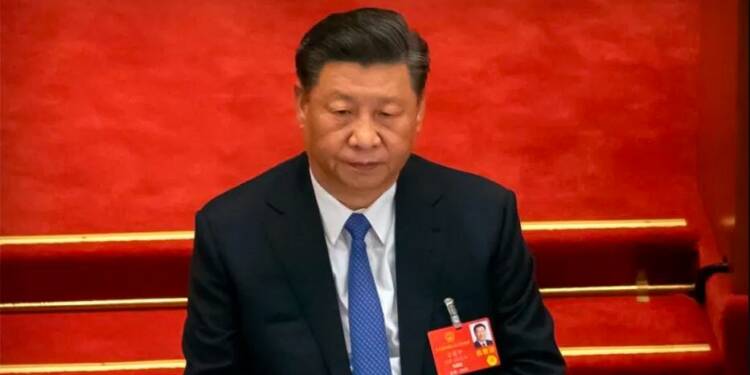 Failing to tackle the headwinds from its erstwhile trade partners like the US and India, China made a conscious decision last year to turn inwards. Chinese President Xi Jinping released a new plan called “dual circulation”. The CCP Politburo said that it would “fully bring out the advantage of its super-large market scale and the potential of domestic demand to establish a new development pattern featuring domestic and international dual circulations that complement each other”.

But almost one year later, China has given up its plan to look inwards. The Chinese economy is in a terrible crisis and Xi is himself begging foreign investors to invest in China. A desperate Xi went as far as delivering a keynote speech at the opening ceremony of the Boao Forum for Asia Annual Conference 2021. The speech was, of course, driven by a single-point agenda of getting foreign investors to consider China.

The Boao Conference has been organised in China’s southern island province of Hainan. This is a major attempt by China at reviving its image as the most popular destination in the world. During the opening ceremony, Xi addressed 2,000 officials and business executives attending the Conference in person. The heads of the IMF and the UN also attended the opening ceremony through a video link.

A number of American executives, including Apple Inc.’s Tim Cook, Tesla Inc.’s Elon Musk, Blackstone Group Inc’s Stephen Schwarzman and Bridgewater Associates’ Ray Dalio, will be participating in the Boao Conference, and as such Xi wants to impress them in particular.

The fact that Xi has decided to address the investors is a big signal of how badly China wants foreign investments. It is well known that the Chinese President Xi Jinping seldom speaks, as a display of his so-called strategic foresight. But if he decided to speak up, it means that he is in some sort of urgency to attract foreign investments.

During the keynote address, Xi made one of the most passionate attempts to tempt foreign investors. He said, “China will take an active part in multilateral cooperation on trade and investment, fully implement the Foreign Investment Law and its supporting rules and regulations, cut further the negative list on foreign investment, continue to develop the Hainan Free Trade Port, and develop new systems for a higher-standard open economy.”

The Chinese President concluded, “All are welcome to share in the vast opportunities of the Chinese market.”

During his speech, Xi pleaded for global economic integration, as well as “unimpeded channels for trade and investment cooperation.” But what has changed in the past one year?

Less than a year ago, China had launched the “dual circulation” plan with much fanfare. The Chinese President was probably motivated by Indian government’s ‘Atmanirbhar Bharat’ (Self-reliant India) campaign to reduce import dependency. Within Beijing, there were fears that increasing protectionism across the world will put China’s export-driven growth model at a major risk. Therefore, it decided to rely upon domestic demand.

However, while India’s self-reliance initiative helped in a substantive decline of imports, China’s “dual circulation” turned out to be a major failure. China’s entire economy is dependent on exports growth and the sudden shift in priorities led to an unprecedented downfall in the purchasing capacity of the ordinary Chinese citizen. “Dual circulation” has thus flopped within a year of its announcement.

China is therefore back to square one. It is once again begging investors to invest in China and hoping that it will actually find success in its desperate plan.