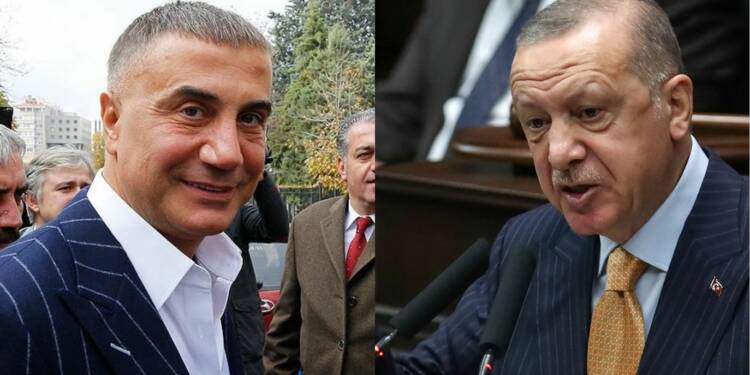 Turkey’s notorious mafia leader and once President Recep Tayyip Erdoğan’s close aide Sedat Peker has set the internet on fire with his anti-establishment YouTube videos getting millions of page views on Turkish social media. The fugitive leader has levelled some serious allegations against various Turkish leaders, especially the interior minister Suleyman Soylu, claiming them to be illicitly involved in drug and weapon trafficking. Now, a recent survey has revealed that most Turkish people believe the corruption claims to be true despite repeated attempts by the governing party to accuse Peker of “Working with Turkish enemies.”

Peker began posting videos on YouTube in early May after a police operation targeted him and his gang members. Through the eight consecutive videos, Peker has opened a Pandora’s box into “deep state secrets,” claiming revenge on government officials who launched a criminal prosecution against him and raided his home. In his latest yet most explosive claim against the ruling Justice and Development Party, Peker alleged about long-time cooperation of Turkish senior officials with Al-Nusra extremists in Syria. In a previous video, the mafia boss accused Erkan Yildirim, son of Turkish Prime Minister Binali Yildirim, and former police chief Mehmet Agar, of orchestrating an international drug trafficking scheme involving Turkey, Colombia, and Venezuela.

Erdogan’s blatant quest for absolute power in Turkey has alienated many of those once close to him, Peker only being one of them. The regime used the 2016 coup attempt to purge some 200K people, dismantling the democratic institutions and taking control over the Judiciary, academics, media, and other parts of society. The tables turned and Erdogan even went after his own supporters. Some were accused of being criminals and mafia bosses. Peker was formerly known as a “Turkish mafia boss” with connections at the highest levels, the biggest reason why he’s been able to sway the political narrative against the ruling party in such a short span of time.

According to a report published in Arab News, Turkish polling firm Avrasya revealed in its latest survey that 75 per cent of those questioned believe that Peker’s claims are factual. The survey also revealed that “95 per cent of the respondents from opposition party believe all the politicians implicated in the allegations should immediately resign, while one-third of voters supporting the ruling government and its nationalistic ally think the same.”

The data clearly suggest that Peker’s video campaign against Erdogan’s party has taken a massive toll upon Erdogan’s popularity and has invited a perfect storm for the country’s ruling party. In his one video, Peker alleged that paramilitary group “SADAT” sent weapons to Al-Nusra Jihadists in Syria only under the supervision of the Presidency. The allegations invited harsh criticism from the Presidential advisor himself. “Peker showed that he acts under the orders of Turkey’s enemies and domestic evil alliances with his ridiculous statements,” presidential adviser Saral said.

In today’s Turkey, much of the mainstream media is seen as a mouthpiece of the government. The economy is suffering – hurt even more by the pandemic. So, millions have turned to this mafia boss’s YouTube channel. The political fire ignited by Peker could soon engulf Erdogan’s political career if he doesn’t come out clean and convince his electoral base about his commitments. Interior Minister Soylu, one of Peker’s main targets, seems already to be in a difficult position, with some AK Party colleagues hesitating to support him openly.

Many believe that Turkey is returning to the era of the 1990s where mafia gangs, police, politicians, and businesses used to co-operatively call the shots. Erdogan claimed that the period was over, and the old Turkey has been replaced by New Turkey. The narrative, however, has been successfully challenged by Peker’s captivating video campaign.

After a week of painful struggle against Modi government, Twitter concedes defeat