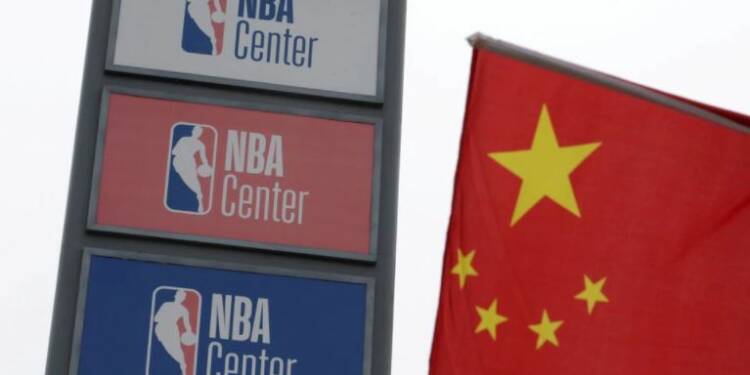 A Congressional commission in the United States on Tuesday urged American basketball players to stop endorsing Chinese apparel companies that use cotton farmed in China’s Xinjiang region, warning against complicity in alleged forced labour there.

More than a dozen NBA players had deals with China-based ANTA (2020.HK), Li-Ning, and Peak sportswear firms prior to the publication of recent Western media articles claiming the companies had backed continued use of Xinjiang cotton, according to the chairs of the bipartisan Congressional-Executive Commission on China in a letter to the National Basketball Players Association.

“We believe that commercial relationships with companies that source cotton in Xinjiang create reputational risks for NBA players and the NBA itself,” the commission said. They also mentioned that the US government had determined that China was perpetrating genocide and crimes against humanity in Xinjiang and that cotton shipments from that region had been banned. “The NBA and NBA players should not even implicitly be endorsing such horrific human rights abuses,” the letter added.

A request for comment from the NBPA was not immediately returned. The Chinese embassy in Washington branded the charges of forced labour “an outrageous lie.” After then-Houston Rockets general manager Daryl Morey showed sympathy for pro-democracy rallies in Hong Kong and Beijing’s official television removed NBA games from its networks in late 2019, the NBA’s standing in China, its most significant overseas market, plummeted.

Following claims of abuse of young players by local employees and intimidation of foreign staffers in Xinjiang, the NBA said in July that it was re-evaluating its training programme in China. In September, NBA commissioner Adam Silver stated that the league’s long-standing relationship with China was still having a “net positive” influence on mutual understanding between the two countries.

Previously, TFI had reported about the Anta sports sponsoring 6 major NBA stars. Anta Sports was at odds with its own foreign subsidiary, Amer Sports, a Finnish sporting products company that Anta Sports purchased two years ago for 4.6 billion Euros. Cotton cultivated in Xinjiang and worries about forced labour in the China-occupied territory is the source of conflict between Anta Sports and its overseas affiliate.

Anta Sports clarified in March saying, “We will continue to buy and use China cotton.” The Chinese firm not only confirmed its long-term use of cotton grown in Xinjiang, but also stated that it will continue to do so despite the presence of many forced labour camps.”

Anta Sports also recently announced its departure from the Better Cotton Initiative (BCI), a Geneva-based non-profit dedicated to improving cotton cultivation standards. Cotton grown in Xinjiang was no longer licenced by BCI in October of last year. The Geneva-based organisation made its decision based on the “growing risk” of forced labour in Xinjiang.

These actions and statements by Anta sports did not stop the NBA stars from getting into sponsorship deals with the organisation, despite well-documented studies which proclaimed Chinese actions in Xinjiang as genocide. Even the former US administration officially labelled the actions in Xinjiang as genocide but the NBA refused to end the sponsorship deals allegedly due to the political differences with the former President Donald Trump. But all of it has changed now as the US commission has asked the NBA to bid adieu to China.

In endorsement of Israel and Netanyahu, UAE moves forward strongly in relations with the Jewish nation