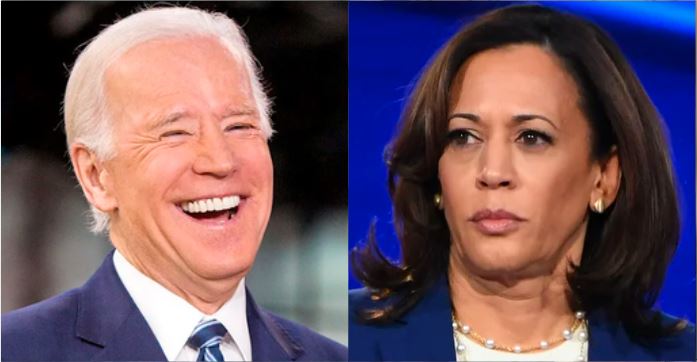 US President Joe Biden is on a sabotage spree. He is looking to dash his deputy Kamala Harris’ political ambitions. First, Biden managed to put Harris in a tight spot by making her in charge of the ongoing migrant crisis at the southern US border. And now, he has managed to embarrass Kamala again by sending her on a disastrous overseas visit to Guatemala.

Unsurprisingly, Kamala’s Guatemala trip did not go well. The US Vice President was greeted with some rude banners telling her “Trump won” and “go home”. Another banner read, “Kamala, Mind Your Own Business.” Even at an official level, Kamala’s Guatemala visit was a PR disaster. A day before Kamala arrived in the Central American country, Guatemala’s President blamed the Biden administration for triggering the ongoing migrant surge into the US.

And to make matters worse, Kamala had to give a tough message to migrants from Guatemala. In a warning, she said, “Do not come”. Kamala added, “We, as one of our priorities, will discourage illegal migration. And I believe if you come to our border, you will be turned back.”

.@VP Kamala Harris: "We, as one of our priorities, will discourage illegal migration. And I believe if you come to our border, you will be turned back." pic.twitter.com/IZJrwLJuLr

Kamala is already facing a political backlash over her disastrous Guatemala visit and the tough remarks that she had to make. Far-left Democrats are likely to be critical about her “do not come” message. In fact, Alexandria Ocasio-Cortez (AOC) has already condemned Kamala’s message to Guatemalan migrants. Far-left Democrats have been strongly advocating unrestricted entry of migrants into the US, which is what makes Kamala’s role as Biden’s border czar extremely contentious.

Kamala has failed terribly in handling the border crisis. She has not even visited the border nor has she held any press conferences to openly discuss the issue. The US Vice President only gave an incoherent reply in an interview, when persistently told, “You haven’t been to the border.”

Kamala responded, “I, and I haven’t been to Europe. And I mean, I don’t — I don’t understand the point that you’re making.”

Reporter: "You haven't been to the border."

Harris: "And I haven't been to Europe…"pic.twitter.com/ugzm9PFvO1

And the US Vice President keeps taking the border crisis lightly even though illegal migration has been hitting record highs due to Biden’s catastrophic policies. While Trump’s policies led to a slowdown in migration from the “Northern Triangle” of Central America that includes Guatemala, Honduras and El Salvador, Biden has reversed most of Trump’s border policies.

The number of illegal immigrants crossing the US-Mexico border this fiscal year has already been the highest since 2006. And with four months still to go, we can only guess how the final numbers might look. The US Customs and Border Protection’s enforcement data for the month of April revealed that illegal migration reached a 20-year high.

Make no mistake, the US-Mexico border crisis is a mess of Biden’s making. It is the US President who offered citizenship to 11 million undocumented migrants, apart from ending Trump-era policies like “Remain in Mexico”. And now, Biden is using the border mess to downsize Kamala Harris.

It is no secret that Kamala wants to take over from Biden. The Kamala camp feels that Biden will simply hand over his position to Kamala. This is why she was also given a crash course in international diplomacy. But while the US Vice President wants to groom herself for the top post, Biden has his own plans.

It seems Biden wants to contest again and therefore he is going after all the obstacles in his way. As a part of this political strategy, he is giving extremely tough assignments to Kamala and also ensuring that the Vice President fails again and again. And Biden is successfully checkmating Kamala Harris as is evident from the latter’s recent  Guatemala visit.