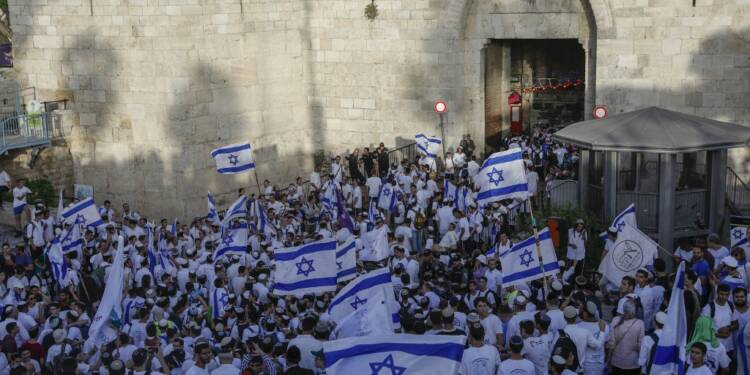 Thousands of Israelis were set to be part of an event that would have underlined Israeli Prime Minister Benjamin Netanyahu’s popularity in the Jewish state. The country is facing the problem of political collusion to oust the much-respected Prime Minister as political parties across the spectrum of ideologies from extreme left to far-right have joined hands.

Israelis are obviously not content to see their much-famed leader being kicked out by a coalition that shares no political agenda albeit just a political one to oust Netanyahu. As a result, the Intelligence agencies have sent out warnings of intense political violence as the anger in the majority of the Israelis rise against the coalition.

On Saturday, the Shin Bet, Israel’s domestic security organisation, warned of rising provocation that might lead to politically motivated violence. Nadav Argaman’s unusual public speech highlighted fears about the danger of a Jan-6 style attack in Israel to hinder a smooth power transition if Netanyahu is ousted after 12 years in power.

Netanyahu compared his political opponents on the right to the spies Moses dispatched to tour the country of Canaan and who lied to the people when they returned, in a Facebook post published on Friday. The spies, according to the Bible, were punished by God and died as a result of a plague.

Netanyahu’s right-wing challengers in the “change government” – primarily Prime Minister-designate Naftali Bennett and his party members – have been targeted by Netanyahu’s followers on social media in recent days. Netanyahu’s supporters staged protests in front of their homes and sent them death threats through text message.

Bennett has been assigned a security detail by the Shin Bet, despite the fact that he has not yet assumed office. Security for several members of his party’s protection was also beefed up by the police. The Shin Bet chief issued a statement the day following Netanyahu’s Facebook post, warning against “severe radicalization in incitement and discourse on social media.” According to Argaman, the instigation could be misconstrued by organisations or individuals as a licence to use violence. He urged Israeli politicians to publicly express their desire for peace and condemn violence.

The Knesset will meet in an extraordinary session on Monday to declare that opposition leader Yair Lapid has formed a cabinet. On June 14, the new government is set to face a vote of confidence. But the people have already lost hope in the government and the threat of such increased violence looming over is testament to the fact that the people have already sniffed out the Change coalition for the fraud it is committing with the people of Israel.

Threats of increased violence suggest that more and more people are realizing what is actually happening in the Knesset. Netanyahu’s popularity has boosted after Israel showcased its military might and power against attacks from Hamas. It was becoming clear that the 5th election in two years would be the most likely option as neither bloc had been able to obtain the required seats of 61. And a 5th election would have been Netanyahu’s election to dominate and form a stable government, but the Change coalition could not have let that happen. Thus they joined forces, even with an Arab party called Ra’am, which are seen as a Taboo in Israel, and this precarious concoction of parties from across the political spectrum are forming the government. However, the reaction of the people of Israel shows that they do not believe in the Change coalition as they believe in only their leader Benjamin Netanyahu.