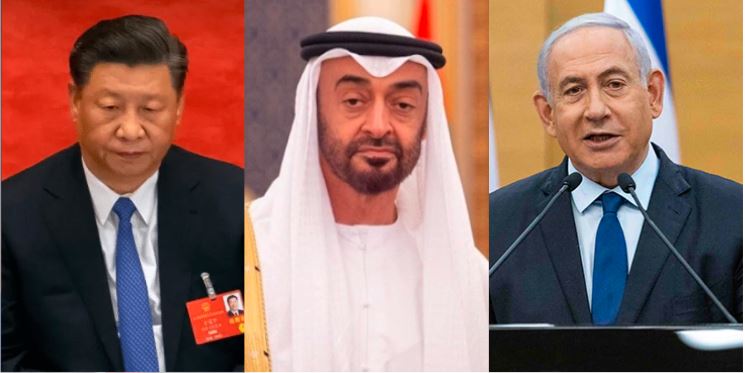 Albania, Brazil, Gabon, Ghana and the United Arab Emirates will take their seats as five non-permanent members of the 15-nation UN Security Council for a two-year term commencing January 1, 2022. As these countries were the only candidates from their respective regional groups contending for the allotted seats on the Council, all five countries won the elections without any opposition. The election of UAE to the Security Council makes the situation very interesting because of two reasons – Israel and China.

Israel is currently battling on multiple fronts. A fractured electoral mandate back home has made the political situation precarious and the tensions with Hamas has made security a grave threat. Israel also happens to be a top target of liberal governments world over for its alleged crime against civilian population of Gaza. Having a friend in the security council is going to benefit Israel immensely. Out of the Abraham Accord nations, UAE has been the most vocal in its support to the Jewish Nation.

When the 11 day war between Israel and Hamas was ongoing, The UAE had issued a stern warning to Hamas. UAE had asked Hamas to stop its hostile actions against Israel or kiss the UAE’s proposed investments in the Gaza Strip goodbye. The warning had a demotivating effect on Hamas who were banking on Arab support.

Additionally, the UAE and Israel have enjoyed great diplomatic and trade ties in the past few years. The two nations inked a tax pact on Monday to boost to commercial developments. In October last year, the UAE’s Finance Ministry had announced that it has secured an agreement with Israel to avoid double taxes.

UNSC’s non-permanent members foresee the security council’s work happening in formal meetings, where resolutions and other decisions are presented, amended, and voted upon. The Council’s penholder system allows non-permanent members to lead negotiations and draft texts on recurring agenda items. With the UAE in the Security Council, Israel can look forward to a more sympathetic approach towards its issues and a non-partisan solution to the mess, the country finds itself in.

The inclusion of the UAE makes China’s position compromised in the UN security council as the UAE doesn’t share China’s worldview. The UAE does have an axe to grind with China as China has vaccine-trapped it and other Arab countries like Bahrain, along with a slew of developing countries. Trusting China, UAE inoculated large swathes of their population, yet there are no signs of herd immunity kicking in. In an act of astute brazenness, China offered exorbitantly priced booster shots of the China-made Sinopharm vaccine to the UAE to make the vaccines more effective.

The ineffectiveness of the Chinese Vaccines and China’s blackmail tactics with its booster shots have greatly enraged the Emiratis whose crucial tourism sector remains shut down due to the Chinese virus.

The UAE is now mulling to remove Huawei Technologies Co from its telecommunications network and distance itself from China. UAE had purchased of F-35 Jets and drones worth $23 billion from America and relations with China runs the risk of jeopardizing it. With such hostilities between the UAE and China, It is quite safe to assume that the UAE’s inclusion to the security council will have an adverse effect on China.

Estonia, Niger, Saint Vincent and the Grenadines, Tunisia, and Vietnam will finish their two-year terms on the Council this year, and the five newly elected members will join five permanent members China, France, Russia, the United Kingdom, and the United States, as well as five non-permanent members India, Ireland, Kenya, Mexico, and Norway, at the horseshoe table. In August, India will take over the rotating presidency of the UN Security Council.