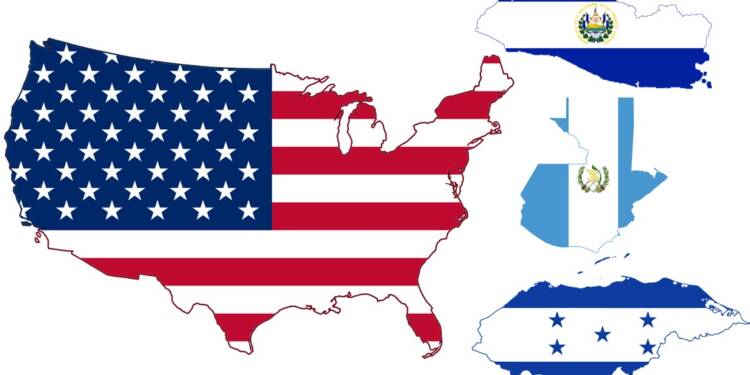 As the Biden administration releases its condescending policy of addressing the “root causes” in Central America to tackle illegal immigration at the southern US border, Central American nations are making it clear that they hate the Democrats who are currently in power in the United States. Countries like Guatemala, Honduras and El Salvador are particularly irked by the Democrats given how the pro-immigration policies of the Biden administration and the democrat government before him affects them.

There are a number of reasons why Central American nations like the “Northern Triangle” countries of Central America including Guatemala, Honduras and El Salvador are particularly disillusioned by the Democrats. There are historical reasons like US regime change wars in the region and of course the fact that Biden administration creates contemporary issues with disastrous policies that spark migration from these countries. Also, Biden’s “root causes” strategy tends to look down upon Central American nations, which does provoke an angry reaction.

The “Northern Triangle” consisting of Guatemala, El Salvador and Honduras or other Central American nations like Nicaragua border Mexico. When a US administration like the one led by Democrat President Joe Biden eases immigration through the US-Mexico border, countries like Guatemala and El Salvador get immediately affected. These Central American nations then blame the US for fueling brain drain and empowering drug cartels.

Worse still, the idea of addressing “root causes” in Central America rather than stopping immigration reeks of borderline racism and elitism. Such condescension coming from a Democrat’s administration makes leadership in these countries sick of the Democrats.

Giammattei added, “The very next day the coyotes (human traffickers) were organizing groups of children to take them to the United States.” Now, the Democrat propaganda even during the campaign for 2020 Presidential polls used to suggest that Central American nations have no hope and that migration is the only solution for them. Their messaging for political benefits was that borders have been thrown open for you to enter.

Once Biden came to power, people from these countries thought that this is the time to enter the US and suddenly the concerned Central American countries started having a serious drainage of people towards the US. The Guatemala President has now called out this policy failure of Biden administration.

And then, the solution offered by Biden’s border czar, Vice President Kamala Harris is to spill over the problem into Central America, offer aid to governments in the region and somehow solve the migration crisis.

But Guatemala doesn’t want Uncle Sam’s money. Why should a Central American nation get involved in a policy failure of the Biden administration. The Guatemalan President wants the Biden administration to make a course-correction instead. Giammattei said, “We asked the United States government to send more of a clear message to prevent more people from leaving.”

President of El Salvador Nayib Bukele had a similar thing to say. Warning that mass immigration was “not profitable” for either country involved, Bukele in an interview with Fox News said, “First, it is immoral — you need to provide for your people. But you also have an economic issue. If you send hardworking people and talented people and people who want to risk it just to go to work, you want to keep them here because those will be the drivers of your economy. You don’t want them there so that they can send a remittance, which would be a small portion of what they would earn and produce; you want them to produce here.”

What needs to be understood that illegal immigration into the US not only hurts the US, but also the countries from where migration originates. These countries not only face brain drain, but also get affected by new smuggling routes that create rich drug cartels which work in these countries. These drug cartels then facilitate formation of local gangs in order to control domestic elections.

And then as the Biden administration extends the Obama era policy of throwing billions of dollars into these counties, presumably because Central America can’t look after itself, leaderships in the region get reminded of the era when US played the big brother.

Central America does stay conscious of how the US governments and corporate interests had colluded in the early twentieth century “Banana Republic” era in the region to stage regime changes and back coups for installing friendly regimes. All three “Northern Triangle” nations witnessed how the US got deeply involved in the internal affairs of these countries to keep favourable regimes and American corporate allies in power.

In fact, the US used to fund favorable regimes and political parties in countries like Guatemala, El Salvador and Honduras well into the 1980s.

In the case of Nicaragua, the US had gone as far as occupying the country between 1912 and 1933, again for the purpose of protecting its business interests in the country.

Let’s be clear- the US is a cause of many problems happening in these Central American nations especially Guatemala, Honduras and El Salvador . And Democrats have a large share in the blame. The US has been getting too far involved in these countries and trying to control them in a condescending manner, which does revive the entire history of deep American military intervention.

Biden thinks that using Obama-era policy of throwing aid towards these counties can solve the problem but that’s clearly not the case. Central American nations have their own sense of nationalism today, and governments in the region have educated their people.

They don’t want a share in the big American pie, rather they want their own pie. They don’t look upto the US and believe in self-sufficiency instead. So, the Biden administration and democrats would be better off shutting down their immigration propaganda and let Central America decide for itself.