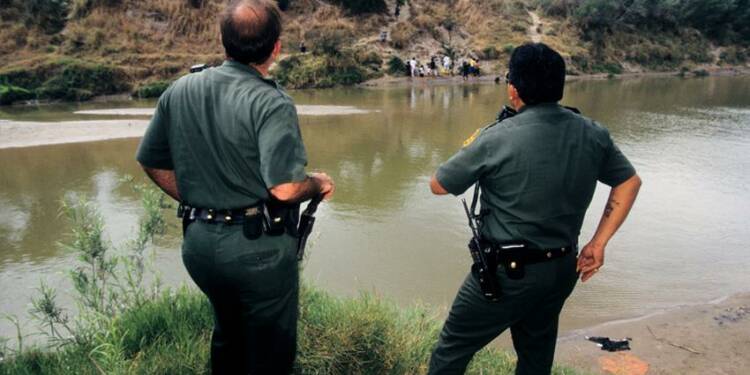 The southern borders of the USA are in severe distress and with the Biden administration finding ways to make it even more worse, the situation is getting way out of hand. Joe Biden first, created the impetus for increased cross border illegal immigration and when things got out of hand, he had turned a blind eye to the problem and left the agencies to fend for themselves. However, as if this was not enough, the US Border Patrol agents are now being told not to arrest human smugglers offloading groups of illegal immigrants into the US right in front of them.

All federal officials working along the river are now subject to this “stand-down” attitude for operations, according to a Texas Department of Public Safety (DPS) officer who spoke to the Center for Immigration Studies (CIS). The reason Border Patrol agents are not arresting human smugglers, according to the state DPS officer, is that federal prosecutors will not prosecute the smugglers and will instead release them.

“They know [federal prosecutors] won’t prosecute; they’ll let them go,” said the DPS officer as he walked toward the raft of migrants arriving. “Then, he’ll [the boat smuggler] just be right back. The Border Patrol agents won’t do it because they have no backing, none whatsoever. So there’s no use.”  Border Patrol agents see arresting the human smugglers as futile. This fact makes the grim reality of the Border Patrol agents, who are abandoned by their own federal government.

The Biden administration’s policy decisions have made the Border Patrol agents toothless tigers and the current status is the effect caused by these actions of Joe Biden. Earlier, after completely dismantling the strict border policy of the Donald Trump administration and then stripping the US Immigration and Customs Enforcement (ICE) of all their powers, President Joe Biden has dismantled another agency which would have made the administration aware of the crimes committed by the illegal aliens.

Center for Immigration Studies (CIS) reported that, those same raft smugglers only a few years earlier understood they were risking their freedom and profits if the agents got their hands on them. Alien smuggling is a major federal offence, thus these cartel members had to move carefully, relocating from cop hotspots to other crossing sites where there were maybe no law enforcement personnel. Smugglers were anxious about being caught, so they nervously held back goods until a better, less risky period. This did not stop the flow, but it did slow it down.

Smugglers make repeated round trips throughout the day and night, according to the CIS study, while Border Patrol simply directs illegal migrants to neighbouring stations for mobile processing. Some Border Patrol agents are enraged and dissatisfied with the situation, stating that they have effectively stopped protecting the border and for all this, Joe Biden is to blame entirely. The Biden administration orders Border Patrol agents to not arrest human smugglers and practically give in to the smugglers.