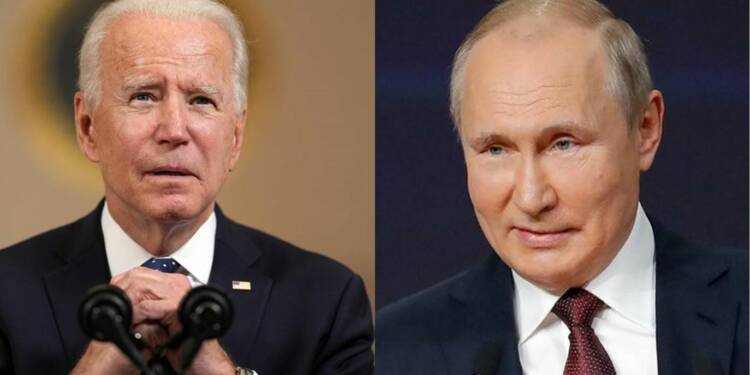 US President Joe Biden and his Russian counterpart Vladimir Putin are meeting for their first in-person meeting on the 16th of June in Geneva. While it has been customary for state heads to hold a joint press conference, but Biden has stepped away from holding the press conference together.

On Sunday, Biden was explaining his decision as to why he has refused to hold a joint press conference with Putin. He said, “I always found, and I don’t mean to suggest the press should not know, but this is not a contest about who can do better in front of a press conference or try to embarrass one another,” Biden said Sunday during a press conference at Cornwall Airport Newquay, The Hill first reported. “It’s about making myself very clear what the conditions are to get a better relationship are with Russia”

A combined press conference between the two presidents, according to Biden, might lead to distractions regarding their demeanour and divert attention away from what the two leaders talked about privately.

“I think the best way to deal with this is for he and I to meet, he and I to have our discussion,” Biden added. “I know you don’t doubt that I’ll be very straightforward with him about our concerns, and I will make clear my view of how that meeting turned out and he’ll make clear from his perspective how it turned out. I don’t want to get into being diverted by, did they shake hands, who talked the most, and the rest,” he said.

Biden will hold a solo press conference after the two meet in Geneva on Wednesday, according to the White House. The two will meet for the first time since Biden’s inauguration in January.

Given the recent amount of gaffes Biden has endured through just in the current G7 meet, it is probably for the best that Biden has bowed out of a joint press conference before making a fool of himself in front of the whole media once with the Russian President standing tall.

Biden’s old age has caught up with him. He is 78 years old. The oldest President in American history and he just cannot stop mumbling his speech or fumbling his thoughts in front of the camera. During the G7 conference last weekend Biden made a long list of hilarious gaffes, including confusing Covax with Covid 19, and not knowing how many days he has been in office for.

Biden is supposed to be meeting the Russian President on 16th June in Geneva. Putin definitely has the upper hand and if Biden continues to behave in the way he has been then it is very safe to assume that the Russian President, known for his clever remarks and rebuttals will take Joe Biden for a ride once again.

Given the history of his previous meeting with Putin, Biden would certainly not wish to be in the same room with Putin any more than he already has to. The last time Biden met Putin as the Vice President of the United States, and during the meeting, Biden’s mic was cut off and the lights were switched off. He was completely embarrassed. While it can be said that Putin would not try this again as Biden is now the President of the United States but on the off chance, he does get humiliated, he would not want to stick around for more.