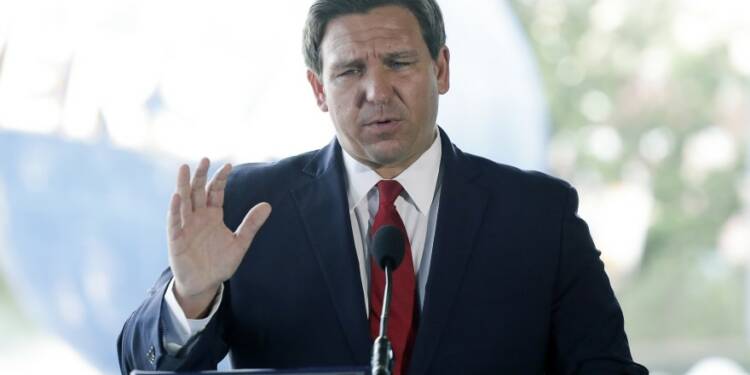 The Biden administration has abdicated all real responsibility and has focussed all its domestic governance energies towards ensuring the proliferation of a trillion “gender identities” and subsequently sensitising people to ‘accept’ these identities without any bias. While the federal government of the United States of America takes a far-left turn towards ensuring the fulfilment of a ‘woke’ agenda, the States have been left to fend for themselves. The border crisis on America’s southern border has exposed the Biden administration’s ineptitude to protect American borders and people. Therefore, states have had to individually fight the hordes of illegal immigrants trying to enter the country.

But states can do only so much. After deploying all their resources to fighting the border crisis and invasion of illegal aliens – states like Texas and Arizona have begun experiencing a manpower and resource crunch. Due to the same, Arizona Gov. Doug Ducey and Texas Gov. Greg Abbott called on other governors earlier this month to send “all available law enforcement resources” so that the two states can ward off an assault on America by illegal aliens.

In line with the same, the governor of Florida, Ron DeSantis announced Wednesday he would be sending state and local law enforcement officers to Texas and Arizona to help secure the borders. “America’s border security crisis impacts every state and every American,” DeSantis said. “Governors Abbott and Ducey recently sent out a call for help to every state in the nation, needing additional law enforcement manpower and other resources to aid with border security. I’m proud to announce today that the state of Florida is answering the call. Florida has your back.”

Fox News reported that a total of 12 law enforcement entities within Florida are sending personnel to Arizona and Texas. The groups include the Florida Highway Patrol, the Florida Department of Law Enforcement, the Florida Fish and Wildlife Conservation Commission and nine county sheriff’s offices.

The Floridan governor speaking at a press conference, added, “The states have sent Florida support when we’ve responded to emergencies here in our state and they wanted support so that they could do what the federal government is either unwilling or unable to do: secure the border and protect the people, not just of their states, but of the entire country.”

Read more: Florida Governor DeSantis is capable, successful and has a lot of backers and that’s why Democrats and media demonise him

In their calls for help to other states, the governors of Texas and Arizona had said that their states are ‘ground zero’ for this crisis and bear a disproportionate share of those burdens, adding that “additional manpower is needed from any state that can spare it.” Customs and Border Protection (CBP) reported more than 180,000 migrant encounters at the border in May, compared to about 23,000 encounters in the same month one year earlier.

By being a first responder to the calls for help from his colleagues in Texas and Arizona, Governor Ron DeSantis has given another reason for Democrats and liberals to despise him. They see him as Trump’s heir apparent and someone who can sweep the 2024 polls if he decides to run for President. By committing to send help to Arizona and Texas, the Florida governor has shown how Republican states can take care of themselves while a federal government run by Democrats tries to walk all over them.