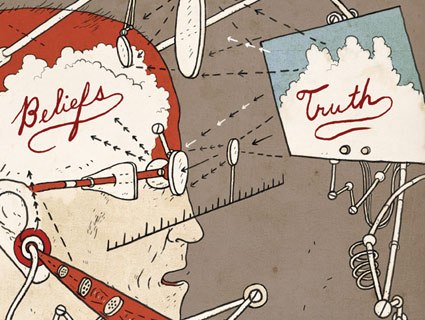 Liberals are at war. They are at war against conservatives, against patriots, against sanity, against economic growth and development and against themselves. They are at war with their own bodies. They do not like what and who they are. A liberal man is unhappy he’s a man, while a liberal woman is eternally a victim of a global pandemic of misogyny and patriarchy. Liberals are not at peace, partly due to their aversion to spirituality and religion, and partly, due to their own inherent hollowness. But the biggest war which liberals are waging is against science, and if left unchecked, they will overpower all sanity.

Since the start of the Covid-19 pandemic, any individual with a functional cerebrum has doubted the assertions of enthusiastic liberals and their lackey-like ‘scientists’ of the novel Coronavirus being ‘natural’ and having jumped from an animal species directly onto humans. A significant population around the world has always believed that the virus strain causing the pandemic could have ‘leaked’ or potentially have been ‘released’ from the Wuhan Institute of Virology in China.

However, those who asserted such claims were hounded, threatened and abused. The scientists who spoke in favour of the lab leak theory were banished as unscientific bigots looking to settle scores with the Chinese. Take former CDC director Robert Redfield, for instance. Redfield told Vanity Fair he received death threats from fellow scientists after telling CNN that he believed COVID-19 had originated in a lab. He said, “I was threatened and ostracized because I proposed another hypothesis…I expected it from politicians. I didn’t expect it from science.”

Such efforts were led by leading medical and scientific journals like The Lancet, Nature, Science and others. Such journals became a medium of taking down scientists and experts who did so much as whisper the words “lab leak” publicly. That such publications have now been forced to eat crow shows how the truth almost always comes out, and that in a war between liberals and science, the latter will always emerge victoriously.

The Lancet’s task force looking into the origins of the pandemic is chaired by one Dr Peter Daszak. Reported by TFI, Daszak is the same man who, since the times of the Obama administration, has been funding studies to collect bat coronaviruses from the wild. Where did such American federally powered funds go? To the Wuhan Institute of Virology, from where Sars-Cov-2 is said to have been leaked!

However, such crucial facts are being hidden, only in order to absolve the Chinese Communist Party, and also to cover up for the potential culpability of liberals in spreading a pandemic and dismissing its actual source of origin – leading to the death of millions across the world.

Liberal media organisations have acted as pusillanimous stooges of big pharma in the past year. Hydroxychloroquine is a generic, widely available, and cheap drug with potency to fight Covid-19 infections. President Donald Trump vouched for it. But somehow, Democrats, liberals and American mainstream media waged a relentless campaign against the anti-malarial drug, of which India happens to be a mass manufacturer. The reason? American big pharma would lose out on billions in profit if hydroxychloroquine was allowed to have a free run in the markets. People would get cured easily, and perhaps; pharmaceutical giants could not make use of a global health crisis to mint billions in profit.

A recent study in India has proven Donald Trump right. A prophylactic study published in the Journal of The Association of Physicians of India (JAPI) last week has found HCQ can prevent SARS-CoV-2 infection in varying degrees depending on its dosing regimen. The highest prevention rate of 72 per cent was found among those given hydroxychloroquine over six weeks or longer duration.

Instead of this widely available, affordable and efficient protection against Covid-19, biopharmaceutical company Gilead Sciences’ remdesivir was touted as the foremost cure to Covid-19, despite the fact that it has shown no effects on patients which speak to its efficiency. However, being the ‘big pharma’ drug that it is, remdesivir became widely accepted, without any scientific backing, as a formidable ‘cure’ against Covid-19.

Liberals’ anti-HCQ tirade has had devastating consequences. People are dead, Covid-19 is far from over and the fate of humanity has been reduced to the biased judgement of a few co-opted scientific journals.

But the Covid-19 pandemic is not what has exposed liberal buffoonery half as grandly as their contempt for biology and simple scientific makeup has. Liberals come up with brazen concepts of gender identities and ridiculous, random, and haphazard explanations for the same, which simply put, are non-biological in nature. What started as the LGBTQ movement became an LGBTQI one, which then progressed on to become LGBTQIA+. Now, ask a liberal how many genders they think there are, and they will say there can be an umpteen number of “gender identities”.

So, there are definitely not as many genders as they think there are – but there are definitely innumerable identities that people can associate with. This collective degeneracy goes in brazen contempt of science and natural biology. To somehow artificially create these identities, liberals have begun pushing for hormonal therapy – which essentially means pumping sex hormones into a person to artificially change their gender, despite the fact that they have naturally been born either as a male, female or transgender.

What’s worse, the President of the United States of America, Joe Biden is supportive of children as young as eight changing their sex. At eight, they don’t know mathematics, but choosing their gender – they’ve got that sorted. This Democrat-promoted degeneracy is gripping the United States like a pandemic and will soon be seen spreading to the entire world if not curbed.

Earlier, the Washington Post published an article titled, “Social justice for toddlers: These new books and programs start the conversation early.” The article talked about how in this era of such repression over gender issues, it is best for parents to start the conversation about these issues as early as possible. How early, one might ask? Well, according to The Washington Post, it should be when the kids are still toddlers.

According to the series of experts quoted by the Washington Post, three-month-old infants should be taught about implicit bias, racial stereotypes and genders. In the article, parents were given a list of books, websites, YouTube channels and companies offering ‘woke’ material for babies and young children.

Under the watch of Joe Biden’s Secretary of Health and Human Services, Xavier Becerra and Assistant Secretary of Health Dr Rachel Levine, sex in medicine and research is to be replaced by subjective “gender identity,” male and female by a never-ending spectrum of those identities, biology by placeholders assigned at birth and mothers by “birthing persons.” Rachel has advocated for hormone therapy and sex-change surgery in minors. She even warned parents not to implement ideas of gender on children and let children, who are essentially 5 to 6 year old, decide for themselves.

Liberals are attacking motherhood. Being a mother is now somehow derogatory in the eyes of liberals. But that does not really come as a surprise, given the fact that liberals are of the earnest opinion that women are not the only ones who menstruate. The attack on motherhood stems from the ridiculous and unscientific belief that anybody can menstruate.

Finally, liberal obsession with climatic doomsday predictions has hardly been given a miss by anyone. Mind you – climate change is certainly a big problem facing humanity and must be addressed. For instance, we have had sane periods of climate action as well. Those were the days when the world wanted to cut down on chlorofluorocarbon (CFC) emissions in order to prevent ozone depletion. Such action showed results too, as the largest and deepest ozone hole near Antarctica closed earlier this year.

What liberals now tout as climate change activism, however, is blatantly anti-progress. It is a brazen assault on development and is unfeasible. The climate agenda of far-left Democrats has already caused tremendous job losses, which then has an adverse impact on the economy. Liberals have now turned anti-fossil fuels, an approach which has and, in the future too, can lead to hundreds of thousands of job losses.

Climate activism has taken the form of climate vigilantism. Climate vigilantes are forcing the hands of governments to take alarmingly anti-economy actions, having no scientific basis, to fight back climate change. Such is the state of affairs that just about anything – from hurricanes to the Southern border crisis in America are being blamed on climate change.

Liberals are, therefore, at war with science. They make a mockery out of science while crafting fools out of themselves. The need of the hour is to counter liberal propaganda and bring sanity back to the world. The ‘woke’ pandemic must be challenged and contained immediately, and those infected with the disease must be treated.