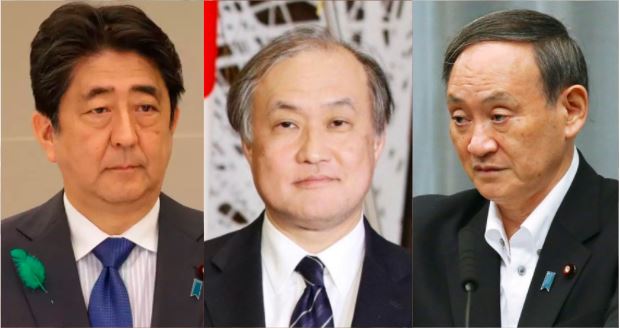 It’s never a dull day in Japan. Ever since former Prime Minister and proclaimed China hawk Shinzo Abe retired last year owing to a deterioration in his health, many around the world believed that Japan could very well once against regress into an era of pacifism and conflict evasion. However, with the coming of Yoshihide Suga – it is almost as if Shinzo Abe never went away. Suga is Abe’s shadow. In fact, under the new Prime Minister, Japan has grown even more determined to take on China – whether it be in the East China Sea, South China Sea or across the world.

Now, in a move, which could signal the coming back of Shinzo Abe and the strengthening of Yoshihide Suga’s position as Prime Minister – Vice Foreign Minister Takeo Akiba is all set to be appointed as the new national security adviser of Japan. The move is expected to give the Foreign Ministry more say in diplomacy and security policies, and increase the synchrony between Japan’s defence and foreign affairs establishments.

Akiba became senior vice foreign minister in January 2018 and has been responsible for behind-the-scene negotiations with the United States and China, among other tasks. According to reports, Takeo Akiba is close to both Shinzo Abe as well as Yoshihide Suga. As NSA, Takeo Akiba will be head of Japan’s National Security Secretariat–which assists the National Security Council. The NSC was launched by Abe in 2013 as the command base for Japan’s foreign and security policies.

Given the respect Shinzo Abe enjoyed and still enjoys in the psyche of Japanese people, it has become difficult for his successor Suga-san and his party – Liberal Democratic Party to fill his shoes. Given these circumstances, Shinzo Abe has been increasing his activities to help his party and provide more and more support from outside, and as his medical situation normalises steadily, he is all set to make a comeback to help the country sail through these tough times.

Shinzo Abe is getting increasingly involved in the governance of Japan once again, and especially on matters like foreign and defence policy, Abe’s inputs have helped a great deal in Japan projecting itself as a force to be reckoned with. Japan has committed to helping Taiwan in the event of a Chinese invasion and has also played a pivotal role in ensuring that the G7 and European Union (EU) release statements underlining the importance of peace and stability across the Taiwan Strait. Only recently, for the first time since the 1970s, Japan forced the United States to commit to Taiwan in a joint statement – in line with Shinzo Abe’s aggressive foreign policy aimed squarely against China.

It was under Shinzo Abe that the Quad was materialised, as Japan moved away from pacifism, thus paving a path for the four-member countries – India, Japan, the USA and Australia to come together. Under him, Japan started a tit for tat with China in the realm of neighbourhood policy. The international cooperation among like-minded countries and Japan increased and Shinzo Abe was able to succeed in making Japan a dominant power in the Indo-Pacific.

When it came to letting China know that its misadventures in and around the Senkaku Islands will not be tolerated – it was Shinzo Abe’s stern policy, being followed to this very day, which projected Japan as a nation determined to protect itself and its neighbourhood.

With the appointment of an NSA who is close to Shinzo Abe, the Suga government is only solidifying the former prime minister’s legacy and influence, making a comeback by Abe all the more imminent.