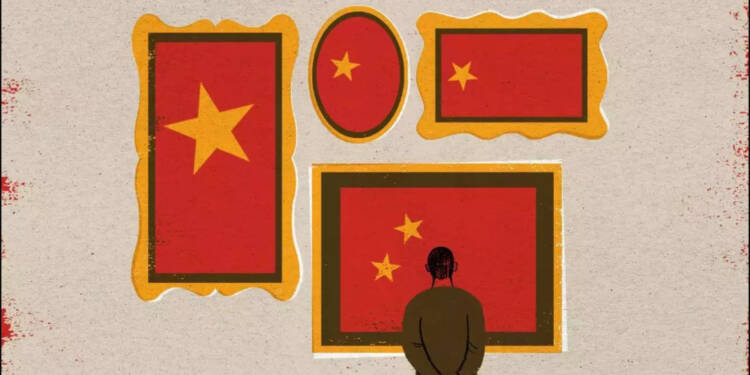 Hong Kong was the apple of the eye for art enthusiasts for a long time. Thaddaeus Ropac, an Austrian art dealer, had aimed to establish his first Asian gallery in Hong Kong for years. According to the veteran gallerist, who represents the estates of Andy Warhol and Roy Lichtenstein, the Asian market was concentrated in Hong Kong, and galleries “wanted simply to be in Hong Kong.” Ropac is opening his first art gallery in Asia, it’s in Seoul.

The cultural industry is rapidly feeling the effects of the Hong Kong National Security Law, which was enacted in June 2020. Even before it opens, the M+ Museum of Visual Culture is being chastised for containing “anti-China” art, and the latest revision to the Film Censorship Ordinance, which would see films prohibited on political grounds, now extends to videos and short films presented in art galleries.

Another change has prompted galleries to believe that doing business in Hong Kong may become more difficult. Officials from the Food and Environmental Hygiene Department paid unannounced visits to four well-known art galleries just before the June 4 anniversary of the Tiananmen Square crackdown, accusing them of not having a valid “Temporary Places of Public Entertainment Licence” for exhibitions.

A licence is required by law for any public exhibition of art. Commercial art galleries, on the other hand, which consider themselves retailers rather than purveyors of public entertainment, have never been subjected to this rule.

De Sarthe Gallery in Wong Chuk Hang, Simon Lee Gallery in Pedder Building, Karin Weber Gallery in Aberdeen Street, and Alisan Fine Arts in Lyndhurst Terrace (the latter specialises in modern Chinese ink art and is run by Alice King, niece of Tung Chee-hwa, a former Hong Kong chief executive – head of the city administration) were the four. The Hong Kong Art Gallery Association said it is in contact with the government through attorneys and hopes the situation be resolved quickly.

The South Korean city, Seoul, has grown in appeal as a starting point for wealthy collectors looking to buy high-end artworks. König, a Berlin gallery, relocated its lone Asian presence from Tokyo to Seoul in April. Pace moved its four-year-old gallery in the city to a four-times-larger facility last month.

In May, London’s Frieze revealed that Seoul would be the site of its long-awaited first Asian show, which would take place in September 2022. Over the last few years, other international art dealers, such as Perrotin and Lehmann Maupin, have opened offices there.

If Seoul is on the rise as a global art market, Hong Kong appears to be on the opposite end of the spectrum. The success of the ArtHK fair in 2008 and its successor, Art Basel Hong Kong, attracted a continuous stream of international art dealers and auction houses, who have opened new flagship Asian galleries in Hong Kong during the last decade or so. With the massive anti-government protests in 2019 and the subsequent border shutdown due to the coronavirus, such openings came to a complete halt.

Furthermore, Seoul Auction’s SA+ gallery in H Queen’s in Central will close in 2020, and Lehmann Maupin will no longer have a gallery in the city after leaving the Pedder Building last year. Perrotin relocated from Central to K11 Musea on the Kowloon Peninsula last year after building a new Asian flagship gallery in Shanghai.

Businesses dislike uncertainty, so Seoul and other Asian cities may be more appealing. Seoul has become one of the most popular places to visit among Asians thanks to the remarkable success of the “Korean wave” of K-pop, Korean TV, and cuisine culture. More importantly, there are no taxes on art there (apart from a few limited categories).

Youngjoo Lee, senior director of Pace in Seoul, claims that the city is less expensive than Hong Kong, that it has a mature and sophisticated collector base that began buying international contemporary art in the 1970s, that it has a thriving IT sector that is producing a new generation of wealthy collectors, and that it has a large number of exceptional local artists.