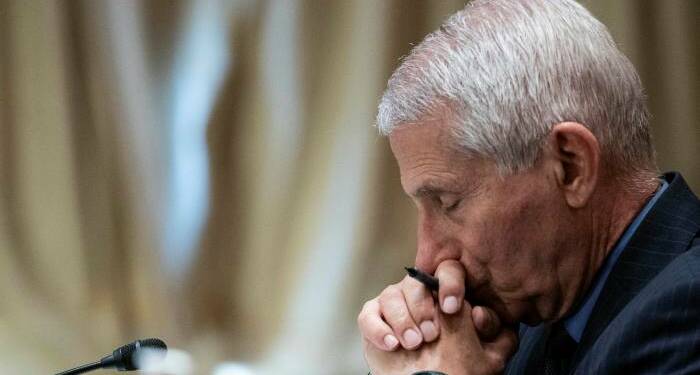 The great grand Covid-19 coverup is falling apart – piece by piece. A significant population around the world – from the very beginning of the Coronavirus pandemic, have astutely believed that Sars-Cov-2 – the virus causing Covid-19 does not have natural origins. Wuhan – the Chinese city housing the world’s premier bat Coronavirus research lab miraculously also became ground zero of the Covid-19 pandemic. That was reason enough for people to doubt the boring bogey of the virus having “natural origins”. However, the Chinese Communist Party, in collusion with their ‘friends’ in the West were able to contain the truth for one whole year.

The truth is now out. And it has exposed how the Chinese have bought out Americans with formidable power and influence, so much so that they are willing to let millions die in their own country, only in order to protect the CCP. Peter Daszak – president of the New York-based research organization, EcoHealth Alliance had been listed as a chairman of The Lancet’s task force as early as December 2020. This task force is focused on investigating the origins of the Covid-19 outbreak, and whether it was natural or engineered in a Chinese lab.

Just to put things in perspective, Peter Daszak was chairing this task force, despite the fact that he had a brazen conflict of interest. Daszak has funnelled $3.4 million in grants from the National Institutes of Health (NIH) to the Wuhan Institute of Virology to study bat coronaviruses between 2014 and 2019. The Wuhan Institute of Virology had undertaken a grain of function research – which is believed to be the root cause of the global pandemic.

Now, Peter Daszak has been removed from the UN backed Lancet Commission to look into the origins of SARS-COV-2. The development was announced by the Commission on its website on the 22nd of June. In a statement, Lancet said, “The Lancet COVID-19 Commission will carefully scrutinize the origin of the SARS-CoV-2 virus in advance of its final report, with the overriding aim of recommending policies to prevent and contain future emerging infectious disease outbreaks. The Commission’s technical work will be conducted by independent experts who were not themselves directly involved in US-China research activities that are under scrutiny. Dr Peter Daszak has recused himself from the Commission’s work on the origins of the virus.”

Needless to say, although the term is used for Daszak’s absence from the commission is ‘recusal’, the man has been removed from the body due to his rather glaring conflict of interest, and perhaps, even culpability which recently came out in the open. Daszak shares brazen financial relations with China and has facilitated U.S. federal funds to be diverted to the Wuhan Institute of Virology, thus indirectly making America a partner in China’s crime to plague the world.

Peter Daszak’s removal from the UN-backed Lancet commission is a starter, and the very first step towards ensuring that those who succumbed to the Chinese virus get justice. However, Peter Daszak is definitely not alone in trying to save the CCP. America’s director of the National Institute of Allergy and Infectious Diseases (NIAID) – Dr Anthony Fauci could very well be next in line to be sacked from his position.

Fauci used his position to debunk the lab leak theory, despite being in the know of information which at the time could have exposed China as a country which let the Coronavirus escape to wreak havoc across the world. It would be impossible for any sane and patriotic citizen to outrightly dismiss the prospect of Sar-Sov-2 having leaked out of the Wuhan Institute of Virology, yet Fauci allowed his love for China to kill hundreds of thousands of people. According to recently revealed emails, Dr Anthony Fauci received a frightening message from an adviser of Bill Gates and offered his help to a Chinese health official at the start of the COVID-19 outbreak.

TFI earlier reported how Dr Anthony Fauci corresponded with a Chinese health official early in the pandemic, acknowledging the “crazy people in this world” and resolving to “get through this together.” For publicly dismissing the possibility of the virus had originated from a Chinese laboratory in Wuhan, Dr Fauci received a “personal thank you” from none other than EcoHealth Alliance president Peter Daszak.

“I just wanted to say a personal thank you on behalf of our staff and collaborators, for publicly standing up and stating that the scientific evidence supports a natural origin for COVID-19 from a bat-to-human spillover, not a lab release from the Wuhan Institute of Virology…From my perspective, your comments are brave, and coming from your trusted voice, will help dispel the myths being spun around the virus’s origins,” Daszak wrote to Fauci. The NIAID chief replied saying, “Many thanks for your kind note.”

It would not be surprising to see further collusion between Peter Daszak and Anthony Fauci coming to light in the days to come – which will only further clear the path for Fauci to be sacked. It must be remembered that Daszak has been waging a perception war on the world since the pandemic was made to escape China. Earlier this month, Vanity Fair reported that Dazsak helped organize a statement signed by 27 leading scientists that appeared in The Lancet.

The statement condemned what it called “conspiracy theories suggesting that COVID-19 does not have a natural origin” and proclaimed “solidarity with all scientists and health professionals in China.” Interestingly, although the letter signed by the scientists claimed that the signatories had “no competing interests,” at least six of them have been revealed to be Daszak’s associates. One of the signatories has even withdrawn support to the ‘natural origin’ bogey.

In the U.S. House of Representatives, Rep. Marjorie Taylor Greene’s ‘Fire Fauci Act’ is gaining support among Republicans. The Georgia congresswoman introduced legislation to reduce the salary of Dr Anthony Fauci, director of the National Institute of Allergy and Infectious Diseases (NIAID), to $0 in April. Currently, the Congresswoman’s bill has the support of at least 13 Republicans.

Moving forward, Anthony Fauci’s fortunes are in for a big ride, alongside his professional career as an infectious diseases expert, since he compromised his expertise only to acquit China and the Wuhan Institute of Virology of all culpability.