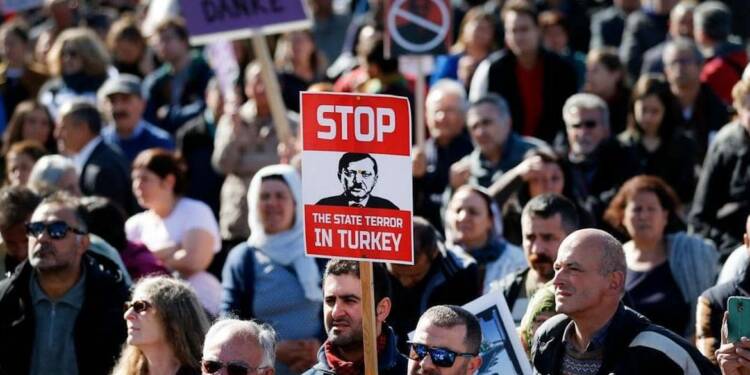 Turkey’s President Recep Tayyip Erdoğan is a megalomaniac with no skills and abilities to turn his thoughts into reality, and it has been proven time and again. However, when he is not able to prove his words with action, he has turned to using propaganda and information of convenience to project to his countrymen, how good he is and why they should believe in him. A plan for a simultaneous Turkish invasion of both Greece and Armenia was prepared by Turkey, according to the secret documents of the Turkish General Staff which were conveniently leaked at a time when Erdogan is at his worst possible political situation.

An intentional leak shows Turkey’s plans of invading Greece and Armenia and it is nothing more than a ploy used by Erdogan, who is willing to do anything to win Turkey back. According to a confidential document obtained by Nordic Monitor, the Turkish military named 131 islands, islets, and rock formations in the Aegean Sea whose status was contested with neighbouring Greece and devised plans to take them over during a fight. A map with the disputed sites identified was included in the confidential document, which was a PowerPoint presentation with 16 slides. The presentation lacks a date mark and appears to have been created by the War Academies. However, according to these documents, the plan called “CERBE” was prepared in 2014 and updated in 2016.

It was part of a study that focused on coordination among branches of the Turkish armed forces in a time of crisis between the two NATO allies and the odds against each one in a number of disputes in the Aegean and airspace. The presentation talks about how the Turkish military would move to take over the islands with the deployment of special forces from air and sea.

In Izmir, the confidential document was discovered buried in the annexes of a case file. Prosecutor Okan Bato appears to have lost the ball by including the secret plan in the evidentiary file when he was merely required to make a brief note of it and store it in a courthouse safe. Such documents can only be examined in a closed courtroom under the supervision of a judge. In another example, the same material was shared with Cihat Pekçi, a prosecutor in Ankara. The sensitivity of the document was also disregarded by that prosecutor.

According to a recent poll, nearly 79 per cent of Turkish residents would prefer their country to develop a relationship with Russia rather than the United States. If the alternative option is the United States, 78.9% of respondents chose Russia as Turkey’s principal partner in foreign policy and international relations, according to a poll conducted by Areda Survey between June 1st -3rd with the participation of 2,100 people. The people of Turkey adore Putin and this has given Putin the upper hand over the cynical Erdogan. And given such circumstances as well as decreasing popularity, he found the perfect ploy to win Turkey back.

Erdogan’s foreign policy flip flops paint a picture of an arrogant little boy who acts on his whims. But there is a big difference between being an arrogant little boy and the president of a nation because when you are the President of a nation, you are ultimately answerable to the people and to Erdogan’s misfortune the people have spoken and it is not good news for him.

The document does not contain details about the specifics of the program other than its name and updated date. The details of the war plan must have been labelled “confidential” and, therefore, could not be communicated through the intranet system running on the Turkish army’s email exchange servers. A review of the documents also shows that the General Staff, which notified the emails at the outset, panicked eight months later about the possible impact of the disclosure of sensitive documents and began sounding the alarm. The first warning letter was written on March 8, 2017, by the Chief of General Staff Unur Tarçın, Head of the Communication, Electronic and Information Services System of the General Staff (Muhabere, Elektronik ve Bilgi Sistemleri, or MEBS).

The support of the European Union to Greece and a resolute France standing behind it had made Erdogan stop in his steps to harass Greece. And with it losing on every battlefield where he tried to influence the actions, Erdogan’s popularity had plummeted into an abyss. With no logical solution in sight to regain popularity, he has taken the help of a convenient leak of an old plan of Turkey of invading Greece and Armenia.