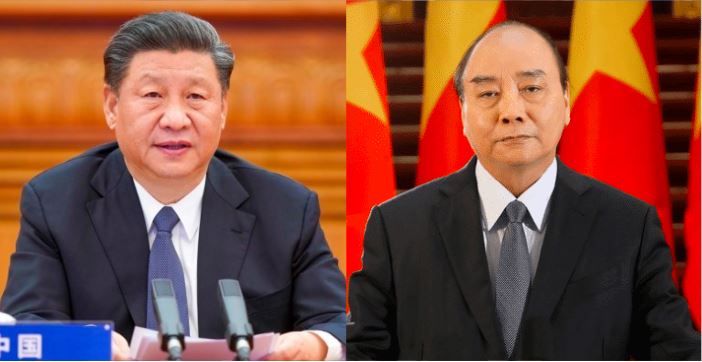 China’s ‘vaccine diplomacy’ yet again proves how the Middle Kingdom loves to thrive on misery. The latest case in point is China’s ‘vaccine diplomacy’ with Hanoi. The Southeast Asian nation of Vietnam is presently facing a fresh surge of Wuhan virus cases, triggered by a hybrid strain of the contagion. The country is now struggling to ramp up vaccination, which meant an opportunity for China to supply vaccines to its southern neighbour.

China did ‘donate’ 500,000 vaccines to Vietnam, which arrived in the country on Sunday. However, the Chinese donations came qualified with a precondition – they are to be administered to the Chinese nationals first. So, to put it simply – China “donated” vaccines to Vietnam but they are not supposed to be used for the people of Vietnam.

In fact, China’s Embassy in Hanoi has itself disclosed that Vietnam has agreed to prioritise the administration of vaccines to Chinese nationals, after a complaint from the paper dragon. On Wednesday, Vietnam’s Health Ministry had said that the Chinese vaccine doses would be dispatched to the nine northern provinces for “Vietnamese people living in communities neighbouring China, people who engage in trade and service exchanges with China, and Chinese nationals staying and working in Vietnam”.

It added, “The Vietnamese authorities did not liaise with China according to the above consensus before announcing the distribution plan.”

China is deliberately humiliating a country reeling under a fresh surge of Coronavirus cases. Till only recently, Vietnam had managed to contain the COVID-19 outbreak, which also explains why vaccination didn’t pick up in the Southeast Asian nation. However, a new COVID-19 strain discovered in the country last month has pushed the number of cases to over 14,000.

All that Vietnam wants to do now is to vaccinate its people. But China is playing spoilsport by forcing its southern neighbour to divert its health infrastructure towards inoculation of Chinese nationals. The Chinese Embassy in Hanoi has gone as far as admitting that it would push the “Spring Sprout” programme in Vietnam. The programme,  which covers 120 countries, envisages vaccinating Chinese nationals living and working abroad.

So, on one hand, China wants to claim credit for donating vaccines to Hanoi. And on the other hand, it wants to reserve the donated vaccines for Chinese nationals.

If China continues to behave like this, its ‘vaccine diplomacy’ isn’t going to earn any goodwill. The fact remains that the Chinese vaccine donations haven’t been a successful venture anyway. Countries like the UAE, Indonesia, Bahrain, Seychelles, Chile and Peru have inoculated large swathes of their populations with Chinese vaccines. Yet, they have faced fresh outbreaks of coronavirus. So, there are serious concerns regarding the efficacy of Chinese vaccines.

China is only vilifying itself even further by thriving on the misery of countries reeling under the pandemic. In fact, Japan has been coming to the rescue of countries facing a fresh outbreak of cases, despite administering Chinese vaccines to their citizens.

China’s ‘vaccine diplomacy’ seems all set to sink. And Beijing’s shocking behaviour with Vietnam might just be the final nail in the coffin.