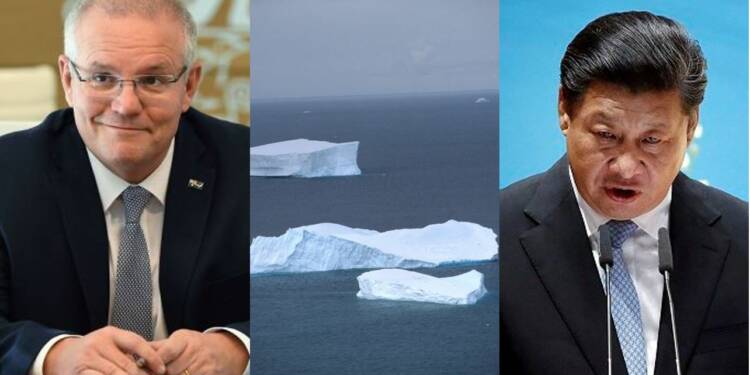 China and Australia are trading blows once more in rapid succession, bringing their already strained relationship to new low and jeopardising even scholarly cooperation on a global issue like climate change.

Beijing’s Commerce Ministry filed a complaint with the World Trade Organization this week over previous Australian taxes on railway wheels, wind turbines, and stainless steel sinks, only days after Canberra filed a complaint with the WTO over China’s tariffs of 200 per cent on Australian wine. But did Beijing really file a complaint as a rebuke to Australia’s complaint? The relationship has deteriorated significantly in recent years, with Australia excluding Huawei Technologies from its 5G infrastructure in 2018 due to security concerns, and the Morrison government calling for an independent investigation of COVID-19 last year. China then slapped high taxes on a slew of Australian products, including wine, barley, lobsters, and more.

A strange incident occurred earlier this month when Australia’s main scientific research agency cancelled a cooperative venture with China to study climatic conditions in the Southern Ocean and Antarctica. Following statements by Mike Burgess, Australia’s director-general of security and leader of the Australian Security Intelligence Organisation, the Commonwealth Scientific and Industrial Research Organisation (CSIRO) decided to stop the project.

The research might let China undertake submarine warfare, according to Australia’s director-general of security and head of the Australian Security Intelligence Organisation. “There’s a great bit of activity around ocean temperature modeling and how that is modeled and computed,” Burgess said. “That’s great for climate understanding and climate modeling. It’s also great if you’re a submariner.”

Burgess may have been referring to “dual-use” research, in which scientific breakthroughs can also be used to improve military strength, according to Australian think tank experts. However, some opponents argue that the CSIRO’s response puts Australia on a precipice. “This is where the national security folks jumped three steps ahead,” Professor James Laurenceson, director of the Australia-China Relations Institute in Sydney, told Nikkei Asia.

“They assume that we are on a long-term trajectory for a war with China. So, if that’s your starting assumption, then it’s very easy to pull that back in time to the present and start looking at climate change research as being a potential threat to Australia’s national security.”

Laurenceson went on to warn: “If research between Australia and China on climate change is being interpreted as dual-use research, that is it has military applications as well, God help us. Because if that research can be classified in that way, I’m sure you’ll be able to find plenty of other examples that the national security folks consider dual-use as well.”

Some, on the other hand, are suspicious of the climate initiative, drawing parallels between civilian and military endeavours. According to Anthony Bergin, a senior fellow at the Australian Strategic Policy Institute, Australia’s equivalent in the project, the Qingdao National Laboratory for Marine Science and Technology, has a formidable spectrum of scientific and naval assets.

When contacted by Nikkei, Bergin admitted that Australian scientists would be unable to produce the same level of research without some Chinese support. “Of course, if the research includes hazards related to military applications, we have to be extremely cautious,” he said. He also mentioned China’s ambitions in Antarctica, however, he did not believe the Qingdao case “closes off all options” for cooperation in the frozen continent.

“I’d argue that it’s a common good for the world if we understand what’s happening on climate change down there,” he said. “We just need to make sure that our intelligence agencies regularly brief Antarctic scientists and officials about China’s aspirations, its interests in Antarctica, what risks there might be in particular forms of research. Now, that may mean that some scientists have to be security vetted or cleared, which some of them may not like.”

Bergin said it was likely that China, as chair of the UNESCO committee that declared the Great Barrier Reef to be endangered, was retaliating against Australia for terminating the research project and other perceived slights. The current spat comes as some in Australia’s corporate and political circles become upset with Prime Minister Scott Morrison’s government’s apparent inability or unwillingness to de-escalate tensions. According to Reuters, the leader of Australia’s biggest exporting state asked the federal government to cease antagonising Beijing in a high-profile challenge to the prime minister on June 15.

“This isn’t about kowtowing to other countries and giving in,” Western Australian Premier Mark McGowan said at an oil and gas industry conference. “There needs to be a national reset in that relationship.”

The public in Australia, on the other hand, has a dismal image of their country’s main trading partner, according to new data. According to a new study released on Wednesday by the Lowy Institute, 63 per cent of Australians consider China as a security danger, while only 34% see it as an economic partner. This is a significant shift from last year when 82 per cent perceived it as primarily an economic partner.