Iran makes it clear that it doesn’t want the JCPOA, it just wants to use the deal as bargaining chip against the US 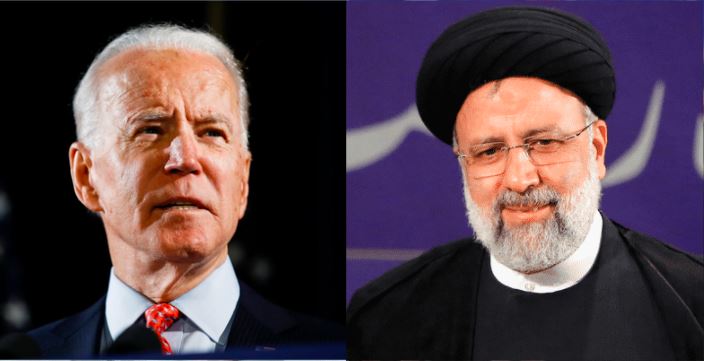 With the election of ultra-conservative Ebrahim Raisi as Iran’s next President, Tehran has started fooling the Biden administration quite openly. Raisi is a staunch supporter of Iran’s nuclear weapon ambitions. So, the Shi’ite nation doesn’t really want to revive JCPOA, or what is formally known as the Iran nuclear deal. Yet, Iran understands that it needs to get rid of punitive American sanctions. So, it is using nuclear deal negotiations as a bargaining chip.

As a part of its rising nuclear ambitions, the Shi’ite nation has altogether refused to hand over images from inside of some Iranian nuclear sites to the International Atomic Energy Agency (IAEA), after the monitoring agreement with the UN nuclear watchdog expired.

Mohammad Baqer Qalibaf, the Speaker of Iranian Parliament said, “The agreement has expired… any of the information recorded will never be given to the International Atomic Energy Agency and the data and images will remain in the possession of Iran.”

In fact, Iran has refused to facilitate monitoring by IAEA despite US Secretary of State Antony Blinken’s latest remarks. On Friday, Blinken had said that any failure by Tehran to extend the monitoring agreement would be a “serious concern” for broader negotiations. If Tehran was really serious about reviving the 2015 Joint Comprehensive Plan of Action (JCPOA), it wouldn’t have snubbed the IAEA at this critical juncture.

The indications of Iran’s reluctance to finalise the revival of the 2015 nuclear deal were visible in Ebrahim Raisi’s first press conference itself. The Iranian President-elect had brushed aside the US’ calls to expand the initial nuclear deal and include the Iranian ballistic missile programme, as well as Tehran’s support for regional groups that the US designates as terrorist organisations.

Raisi had made it clear that the ballistic nuclear programme and support for terror organisations are “non-negotiable”. This shows that Raisi is least interested to woo the US, and is rather determined to achieve his hardline agenda.

Yet, Raisi understands that he needs to rescue Iran’s sanctions-hit economy. The Iranian President-elect also knows that Biden is desperate to revive the Obama-era Iran nuclear deal and that he would go to any extent for the purpose. So, Raisi himself might be willing to go as far as creating a mirage of nuclear deal negotiations in order to extract maximum leverage out of the Biden administration on issues like lifting US sanctions on Iran.

In fact, Israel had already expressed concern over how Raisi, a hardliner, might not want any deal with the US. One of the three alternative possibilities offered by the Israeli intelligence agencies was that Iran will purposefully hold down the talks, allowing them to drag on for several months longer while boosting its attempts to reach key nuclear milestones that can subsequently be used as bargaining chips.

And now, it seems that Iran is doing exactly what Israel had predicted. Last month itself, it was reported that the Shi’ite nation has enriched uranium to the highest purity yet. The IAEA said that the samples taken on April 22 “showed an enrichment level of up to 63% … consistent with fluctuations of the enrichment levels experienced in the mode of production at that time.” Iran is looking to enrich the heavy metal up to 90% purity, which is classified as weapons-grade uranium.

US Secretary of State Antony Blinken too had warned that if agreements to rein in the Iranian nuclear programme aren’t reached soon, Iran’s “breakout time” might be reduced to a matter of weeks. This term refers to the amount of time Tehran would need to enrich enough uranium to create one nuclear bomb; it does not include other components such as a detonator.

So, Tehran is literally buying time with the ongoing nuclear deal negotiations. And once Iran reaches closer to acquiring nuclear weapons, it will mount even more pressure on Biden to lift sanctions, as a precondition for reviving the JCPOA. But at the end of the day, Ebrahim Raisi is going to create a nuclear bomb for Iran, by hook or by crook.

Iran’s refusal to share data with the IAEA must serve as a wake-up call for Joe Biden. The Shi’ite nation is actually deceiving the US, and Biden seems to be falling for it.