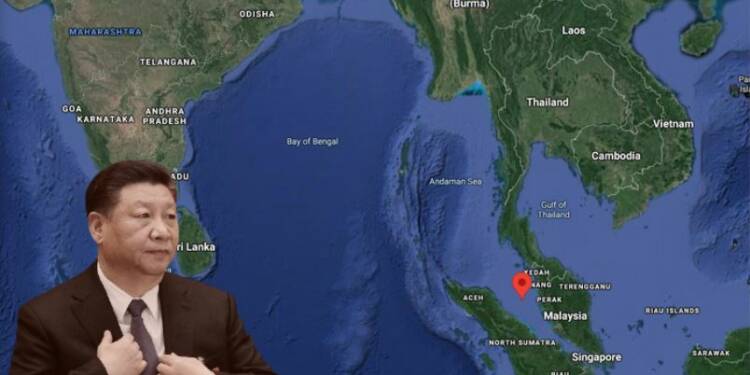 China’s “Malacca dilemma” just got intensified. The US and Indonesia have agreed on a new $3.5 million maritime training centre in the strategic area of Batam, in the Riau Islands. The maritime centre will be located at the strategic meeting point of the Strait of Malacca and the South China Sea. As per Indonesia’s maritime security agency, the maritime centre will house classrooms, barracks and a launchpad.

The Strait of Malacca is a narrow chokepoint, running between Indonesia’s Malay and Sumatra Islands, that connects the Indian Ocean with the South China Sea. For India, the Strait of Malacca is a geo-strategic leverage that it wants to use for blocking Chinese military and merchant vessels, in case of a Sino-India conflict. Now, the new maritime centre between Indonesia and the US bolsters India’s position, as it completes preparation for a blockade in the region.

The geostrategic location of the US-Indonesia maritime centre at Batam is extremely crucial. It is going to be located on the Eastern end of the Strait of Malacca which serves as the entry point for Chinese vessels moving into the Indian Ocean Region from the South China Sea.

Anyhow, India itself did not enjoy the geographical capability to impose a blockade against China at the meeting point of the Strait of Malacca and the South China Sea. However, things might change with the $3.5 million dollar maritime facility coming up at Batam.

The Batam project may be a joint venture between the US and Indonesia, but we cannot discount the fact that the US is a part of Quad, an informal strategic forum comprising India, the US, Japan and Australia supposed to contain China. On the other hand, Indonesia may not be a direct party in the South China Sea disputes but it does share significant maritime disputes with the paper dragon.

As such, an India angle behind the maritime training centre at Batam cannot be dismissed. In fact, it seems that the US-Indonesia project at Batam enjoys India’s support and blessing. At the end of the day, India will be the biggest beneficiary of American presence right at the mouth of the Strait of Malacca.

The maritime centre at Batam will be yet another regional setback for China. India has already strengthened its relationship with Southeast Asian nations like the Philippines, Vietnam and Indonesia, making it practically impossible for the Chinese People’s Liberation Army Navy to launch a maritime offensive against India off its waters.

Also, most of China’s plans to bypass the Strait of Malacca have got foiled. China wanted to encircle India with projects like the China Pakistan Economic Corridor (CPEC) and China Myanmar Economic Corridor (CMEC). The Communist nation wanted to link itself with countries like Bangladesh, Myanmar and Pakistan through a web of Belt and Road Initiative (BRI) projects in order to shift maritime traffic away from the Malacca Strait towards ports located in India’s neighbouring countries.

However, projects like the CPEC and the CMEC have quite clearly failed due to a variety of reasons like Pakistan’s internal problems, and aversion of countries like Myanmar and Bangladesh towards China’s ‘debt trap’ policy.

Finally, China has come to realize that it won’t be able to bypass the Strait of Malacca. And now with the US and Indonesia clearly supporting India’s stronghold in the region, it seems that New Delhi can snap the lifeline of Chinese trade at will.

A new Cuba is rising. The world is elated. But Biden and old Democrats are enraged