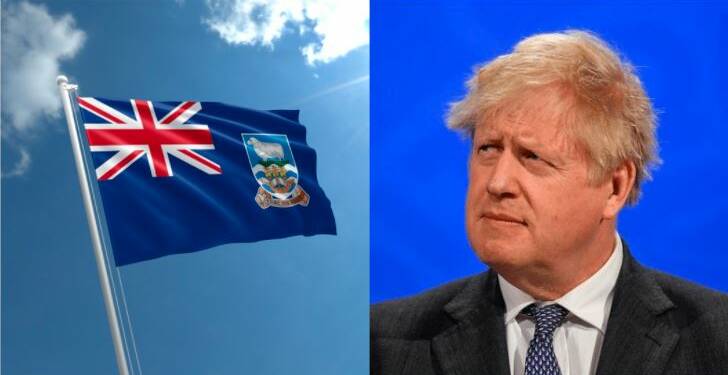 When British parliamentarians from across the House of Commons attended debates on the future of Hong Kong during the Anglo-Chinese negotiations in 1984, they were apprised of the Hong Kong governor’s plans for democratic reforms. Parliamentarians accepted the UK government’s intention to sign the Joint Declaration, which would have assured Hong Kong’s handover to China in 1997, based on these proposed reforms. While these reforms never materialised, the People’s Republic of China inherited an executive-led system in Hong Kong —one that it has used to push through its own agenda, despite resistance from the Hong Kong public. And that was not the only time Britain gave up on Hong Kong. The introduction of National Security Law and a slew of human rights violations and arrests of pro-democratic voices that ensued only saw some verbal condolences from London. However, the apathy with which Britain let Hong Kong fall, has come back to haunt it in the Falkland Islands.

Hong Kong and the Falkland Islands, off the southern tip of South America, are thousands of kilometres apart and share little in common, except a colonial history under British authority; the two are now in quite different circumstances.

Since the transfer in 1997, Beijing has tightened its hold on Hong Kong, while Argentina has maintained sovereignty over the Falkland Islands, known as Las Malvinas, despite residents choosing in a 2013 vote to remain a UK overseas territory. As per an SCMP report, Chinese analysts have said that this shows that Beijing wants to challenge what it sees as Western-led global governance and questions that through a closer look at historical incidents. However, they said this was consistent with its principle of not interfering in other countries’ affairs. They also say China is keen to stress its own perspective, which is finding resonance in some like-minded countries.

Hong Kong was ceded to the British by the Treaty of Nanking in 1842. At the end of the first opium war, China had few options due to their large fleets and military force. It was bestowed upon them in eternity. Food and water, which were plentiful in Kowloon and the New Territories across the harbour, were scarce on Hong Kong, the barren rock. The British promised to return to the New Territories in 1898, and they did so in 1997. They might not have imagined they would have to give it back, and a 99-year lease sounded appealing. Beijing made it clear that the People’s Liberation Army will march in any case. So, in 1984, then UK Prime Minister Margaret Thatcher agreed to hand it back in 1997.

The legal obligations arise because the United Kingdom is one of the two signatories to the Joint Declaration, a United Nations-registered international agreement that guarantees Hong Kong’s ways of life—including freedom of expression, human rights protection, and the rule of law—will remain unchanged for 50 years, until 2047, under the principle of ‘one country, two systems’. Britain handed over the entire territory of Hong Kong, not just the New Territories, which were leased from the Qing dynasty for 99 years, but also Hong Kong Island and the Kowloon Peninsula, which were permanent British territories.

In the recent year or so, the UK has given up on both of its responsibilities, however, it did the opposite in the Falkland Islands. In 1982, Argentina invaded the Falklands, which it calls the Islas Malvinas. Not only did it fight a war over its control, but it has also conducted a referendum for its legitimacy too, both of which it conveniently sidestepped in the case of Hong Kong.

Zhu Feng, a professor of international relations at Nanjing University, said that while China has always maintained the same stance on the Islands, raising the issue in the UN shows Beijing wants to speak out more as it faces pressure from the West. He said, “China is currently working on raising its voice in building the international order as the United States has led its allies to pressure China.”

Zhang Xin, associate professor of international relations at East China Normal University, said China’s attitude when commenting on the islands shows it is less reactive and is instead proactively sowing its own agenda through international institutions. Xin said, “China’s recent moves show that it is becoming more and more proactive and has started to take the initiative to criticise the behaviour of China’s critics in the West for not complying with the moral principles they have been holding in their rhetoric.”

The fact that the UK did not stand up to China over Hong Kong and that it failed to take a moral and legal high ground to hold the CCP accountable, has contributed to China’s strength and audacity to use UK’s selective approach as a weapon against itself and by attacking the UK on the issue of the Falkland Islands, China is using it to the fullest.