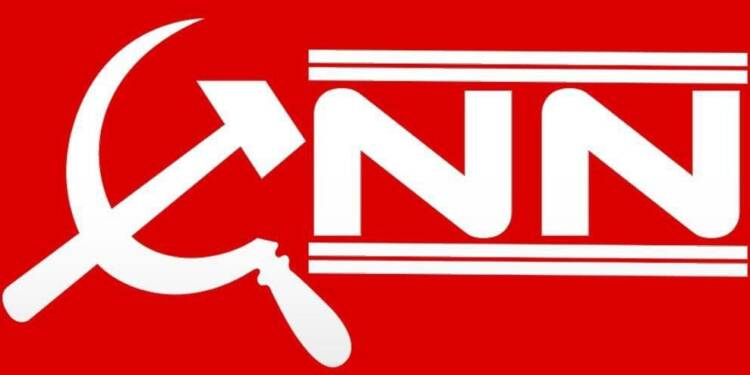 In Mongolia, Seychelles, and Chile amongst others, even after inoculating almost 50% of their respective populations, the pandemic has intensified, once again. Although their vaccination drive was largely dependent on vaccines from China (which are already known for their low efficacy rates and ineffectiveness even after administration of 2 doses), CNN, a large American media house has come out in defence of the Chinese vaccines and at the same time, criticized the West.

On the centenary celebrations of the Communist Party of China (CPC), CNN gave glowing coverage of the event and even dubbed Xi Jinping as the ‘real star’ of the centenary. It was just the start, as CNN (or as it has been mocked by its critics as Xi-N-N), is at it again, as it defends substandard Chinese vaccines which have become a major reason for massive outbreaks in countries that have used them to inoculate their citizens.

Read more: Xi-N-N: The way an American media outlet cheered for CCP’s anniversary is beyond comprehension

CNN, in an article titled “Why Covid-19 outbreaks in countries using Chinese vaccines don’t necessarily mean the shots have failed” has gone on to great lengths to applaud China’s quick vaccine distribution, defend their effectiveness and even accused the western nations of stockpiling vaccines.

CNN wrote, “As Western nations stockpiled supplies for their own populations, China sent vaccines overseas — in June, the foreign ministry announced the country had delivered more than 350 million Covid-19 vaccine doses to more than 80 countries. That mission highlighted inadequate Western efforts at a time when tensions between China and many major democracies were running high.

Furthermore, Chinese vaccines have low efficacy rates, but to subdue the issue, CNN quotes experts saying that although Chinese vaccines are not as effective as some, they aren’t a failure. No vaccine gives 100% protection against Covid-19, so breakthrough cases are to be expected. Adding, that the crucial metric for measuring success, they say, is preventing deaths and hospitalizations, not aiming for zero Covid-19.

Chinese vaccines have already shown failure across many countries- the UAE, Bahrain, Chile, Peru, and Seychelles, Indonesia, Mongolia among others. Countries like Seychelles and the UAE inoculated large swathes of their population, yet there are no signs of herd immunity kicking in. China-made vaccines are a prevalent element hurting vaccination programs in many countries.

In Indonesia, despite being vaccinated with the Chinese Sinovac vaccine, more than 350 Indonesian doctors have been infected with COVID-19, with many being hospitalized, officials said and raising questions about the efficiency of some vaccines against more severe virus strains.

The situation got a lot worse in Seychelles. Over 60% of Seychellois got vaccinated but as it had relied heavily on Sinopharm vaccines, cases started to emerge again and fresh lockdowns had to be imposed. The island country is now grappling with over 1,900 COVID-19 cases.

Moreover, China’s top disease control official, Gao Fu was quoted in April saying that the efficacy of the Chinese coronavirus vaccines is limited. Gao Fu had said at a conference in Chengdu, southwestern China, the Chinese vaccines “don’t have very good safety rates.” He said, “It’s now under formal consideration whether we should use different vaccines from different technical lines for the immunization process.”

Read more: ‘Our vaccines do not work,’ CCP admits that Chinese vaccines are a colossal disaster

Earlier in January, as reported by TFIGlobal, a Shanghai-based vaccine expert Tao Lina had exposed the shocking risks associated with China’s Sinopharm vaccine. Tao has been working at the Shanghai Center for Disease Control and Prevention (SCDC) for the past 20 years. He described the Chinese vaccine as the ‘most unsafe vaccine in the world’ after it was found to be having as many as 73 side effects.

Evidently, vaccines from China seem to be extremely dangerous. They have been by far, the least effective vaccines available anywhere. China’s vaccine diplomacy has fallen flat on its face as every other country which had administered the Chinese vaccine is now reeling with another outbreak(s). CNN’s attempt to defend the Chinese vaccines after praising Xi Jinping as the ‘real star’ showcases the massive influence the communist party possesses over the news network company.