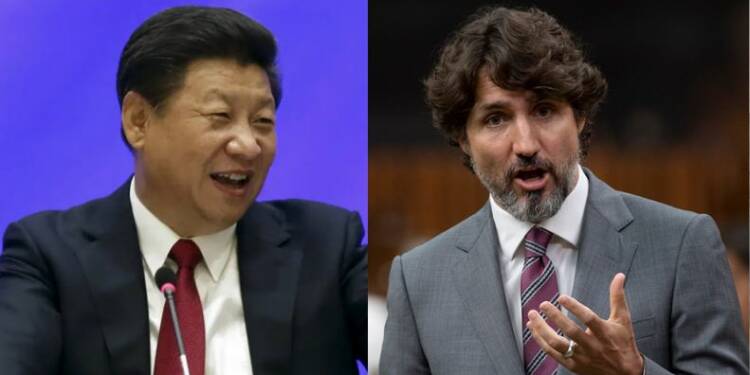 The Independent Senators Group — the largest single group in the Canadian Senate —acts primarily to advance the Canadian government’s agenda. However, this Senate Group has been infiltrated by agents of China, who on the floor of the Canadian upper house, are defending China’s despicable acts against Uyghurs, Tibetans, and Hong Kongers. This group, led by Senator Yuen Pau Woo, has made it a point to represent not their constituents in the Canadian parliament, but China. For their dedicated service to the Chinese Communist Party, this group of Senators is being drenched with praises by China.

China’s foreign ministry is praising Canadian senators who voted down a motion to label the Chinese government’s treatment of Uyghurs as genocide — calling them “people of vision” who see through “the despicable schemes of a few anti-China forces.” This group of Senators – which was meant to preserve the Canadian way of life, put their country to shame by acting as spokespersons of the Chinese Communist Party inside the Canadian Parliament.

The leader of this group – Senator Yuen Pau Woo urged the Senate not to condemn China’s record on the Uyghurs, arguing that Canada has its own history of forced assimilation and other “appalling” measures against minority communities. He also said that the motion to condemn the genocide of the Uyghur Muslim minority and call for the 2022 Olympic Games to be moved out from Beijing if the genocide does not end “does not add any actionable measure specific to the Uighur situation in China; it is simply an exercise in labelling.”

According to the National Post, Woo drew parallels between Canada’s history and how China is treating the Uyghur minority in Xinjiang. He accused Canadians of doing to indigenous communities and immigrants exactly what was being done to the ethnic minorities of China. Meanwhile, the Senator with a Chinese descent went on to shower praises on the democratic ethos of China, as he said that the Chinese state “has its own claim to a kind of legitimacy, even if we don’t like it.”

Read more: Trudeau is Jinping’s favorite plaything as he uses Canada’s dark past to get his way around

Interestingly, the China cheerleader was appointed to the Senate in 2016 by Prime Minister Justin Trudeau. In a separate newspaper opinion piece written by Prof. Paul Evans, Sen., Woo claimed that criticism of the domestic and international policies of China is driving “anti-Chinese racism” in Canada. But these are all facts are put to shame really by what the Senator said in the Canadian parliament.

The assertions and vivid fanfare of China are increasing among the political leadership of Canada. Senator Yuen Pau Woo provides only a glimpse into what has come to plague the Canadian political circles. China has bought many Canadian leaders and using them, it is running a proxy government in the North American country. Moving forward, China is set to overrun the Canadian government with its own stooges, and then, the Canadian way of life will truly become extinct.