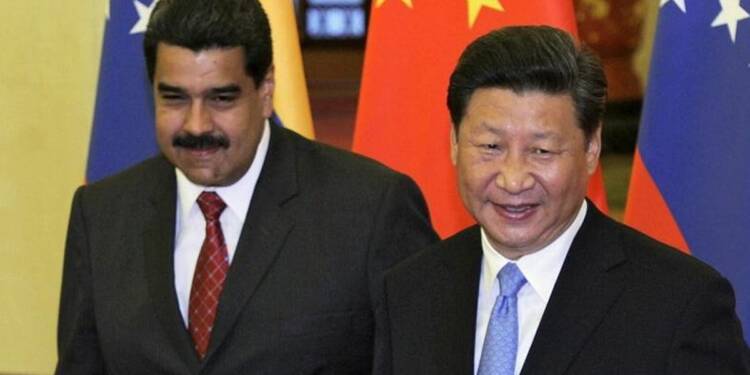 The situation the world over is at a threshold, and as well as the developments in the South American country of Colombia, it looks like things are taking a turn for the worse. Last month saw an escalation of the crisis in Colombia when a helicopter carrying President Ivan Duque near the Venezuela border was attacked. Following which, the Colombian government offered a reward of nearly $800,000 (3 billion pesos) for information leading to the capture of those behind the attack.

The impulse for the bloodshed in Colombia, which follows similar revolutions in Bolivia, Chile, and Ecuador, stems mostly from Venezuela’s dictatorship, whose misery has resulted in Latin America’s largest-ever fight. The regime has long sought dominance in Colombia, and Hugo Chávez of Venezuela and Fidel Castro of Cuba formed the Bolivarian Alliance in 2004 as a counterweight to the US. However, now the Chinese Communist Party and Xi Jinping are providing support to Maduro, given he is not economically capable enough to create such situations in the neighbourhood.

The terrorist alliance, funded by narco-dollars and motivated by power and Marxist ideology, has spread a myth: that its mass violence in Colombian cities, which peaked on April 28, began as a spontaneous protest to a tax plan. On May 2, President Iván Duque reversed the reform, but the illegal blockades and police-station attacks continued unabated. Most recently, they blockaded Cali, a city with over 2 million residents. That halted 90 per cent of public transport and access to the airport and the Buenaventura Port.

On April 7, Diosdado Cabello, vice president of Venezuela’s ruling United Socialist Party, warned, “We are going to wage war on your territory.” These kinds of words from the leader of a country which is struggling from an economic catastrophe can only mean that it is getting moral and economic support for these activities from a third party with interests in the region as well as decreasing the clout of the USA in the region as well.

The relation of the drug cartels with the Chinese Communist Party is a well-established fact, and the involvement of the drug cartels in Colombian upheaval can be thus connected to the funding from China. Earlier in 2017, Colombian officials uncovered a complex money-laundering network involving Chinese people and the Mexican Sinaloa gang, according to El Tiempo. In the capital Bogota’s San Victorini district, a two-year operation resulted in the capture of about $88 million in commodities without accompanying documents. The seizure is said to be a severe blow to illegal activity, affecting 20 firms, 17 of which were registered in the names of Chinese people, exposing a suspected habit of large drug gangs of laundering money through the Far East.

However, as the seizure may indicate, the CCP and its underground societies have close-knit connections with drug cartels, which are being utilized to wreak havoc in Colombia and for money laundering activities. Colombian partners were apparently established in key Chinese cities such as Beijing and Guangzhou for more than a decade, with the responsibility of filling containers with the products for export. A $5 million Colombian cocaine shipment can buy the same amount of textiles and footwear in China, with less transportation charges. The goods can then be adjusted to alter their origin, avoiding entry taxes. The whole setup was countered by the Colombian government, but such systems may very well still be in action.

According to US investigators, Maduro is the leader of the Soles cocaine cartel, the most powerful in the region and sponsored by the Venezuelan state. Narco Traffickers want to consolidate their activities across the Atlantic and Pacific oceans, which means taking over Colombia. And it only takes basic arithmetic to add one plus one to realise how the two communist states of Venezuela and China are using the terrorists and cartels to destabilize the Colombian government as well as decrease the US influence in the region.