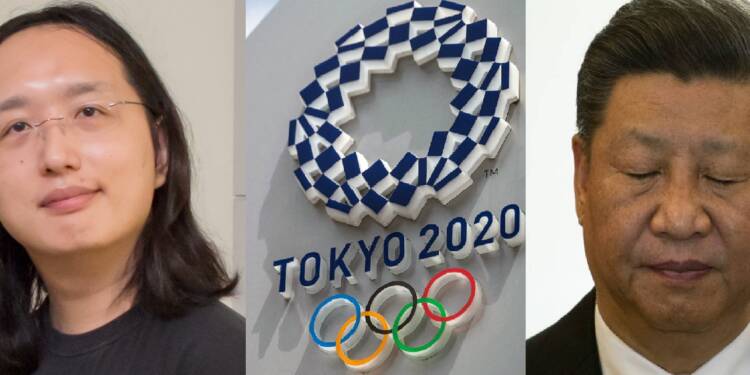 Japan has become increasingly vocal in its support for Taiwan and its independence. Japan has been reiterating that Taiwanese authorities confirmed on Saturday that Audrey Tang, Taiwan’s Digital Minister, will travel to Japan for the Tokyo Olympics’ opening ceremony on July 23.

Tang is Taiwan’s youngest minister, and a well-known programmer and entrepreneur. She rose to prominence in Japan after creating a series of beneficial smartphone apps to fight the spread of infection during the Coronavirus pandemic.

Tang will fill in for Education Minister Pan Wen-chung, who is preparing for Taiwan’s college admission and teacher certification tests, both of which are planned for late July, close to the opening ceremony of the Olympics on July 23, according to Lo.Tang’s office told CNA that she would be happy to carry out the duty in response to the Cabinet’s announcement.

After the island was rocked by a surge of new cases last month, the Japanese government offered assistance by sending COVID-19 vaccinations to Taiwan. Taiwan intends to send Tang to Tokyo to express its gratitude and to reaffirm the two countries’ relationship.

Japan has emerged as one of the most vocal China hawks in the last year. Chinese aggressiveness in the East China Sea and on the Senkaku Islands has persuaded Tokyo that Beijing’s objectives are nefarious, and that Japan must play a leading role in regional security. Japan’s backing for Taiwan is another indication of the country’s efforts to dissuade Chinese aggression and meddling.

Japan’s deputy Prime Minister, Taro Aso, has indicated that a Chinese invasion of Taiwan would be considered an existential threat to Japan’s security, allowing Japan to join the United States in defending the self-ruled island.

Recently, the Financial Times reported that Japanese authorities, increasingly worried about China’s determination to invade and forcibly ‘reunify’ Taiwan, asked American officials to share US plans for defending Taiwan. According to the Financial Times, “Japanese leaders apparently have resigned themselves to war in the event China invades Taiwan.”

It’s almost as though Japan and Taiwan have created a symbiotic connection, as TFI reported last month. Japan has also agreed to a US$338 million semiconductor research project with Taiwan Semiconductor Manufacturing Company to develop cutting-edge chip technology in the country (TSMC).

Also read: Taiwan and Japan have entered in a beautiful symbiotic relationship and China is seething with rage

On the 37 billion Yen project, over 20 Japanese companies will collaborate with TSMC. The public-private cooperation will focus on 3D chip assembly technology, which will allow for the manufacturing of more dense but still compact components.

China, meanwhile, cannot wrap its head around the fact that Japan is prepared to challenge a Chinese invasion of Taiwan. China’s foreign ministry spokesperson Zhao Lijian said at a regular news conference on Tuesday that Aso’s remarks “harmed the political foundation of China-Japan relations”, and China ‘resolutely opposed’ them. He added, “No one should underestimate the Chinese people’s staunch resolve, firm will, and formidable ability to defend national sovereignty.”

Japan and Taiwan are establishing a very strong relationship, and with every move made by the two partners, China’s dreams of ‘reunifying’ Taiwan with the mainland take a severe hit. With the Taiwanese minister all set to attend the Olympics in Japan as a token of gratitude, this may go a long way to cement their relationship.