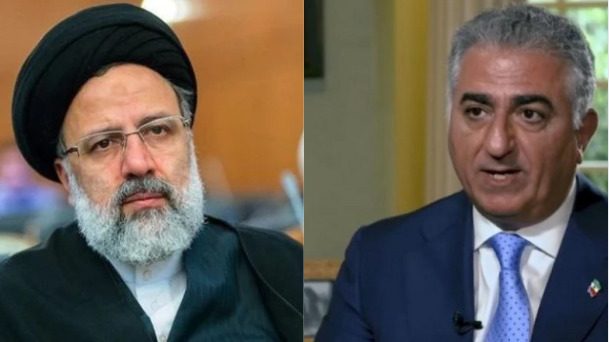 The domestic situation in Iran has become really vulnerable since the pandemic and things have only gone south since the sham elections and botched up victory of the Islamist hardliners. The economy is in shambles, the rights of the citizens are eroding with every passing day, space for putting out opinions is decreasing. All these factors among others are the reason behind increasing discontent, but, due to the nature of the regime, these voices are not getting a unified leadership. However, things have taken a sudden turn with Iran’s exiled Prince Reza Pahlavi upping his criticism of the Iranian leadership and possibly making a grand comeback in Iranian politics.

Iran’s exiled Prince Reza Pahlavi said in a statement released on Saturday that Iranians aspire to be citizens, not “Khamenei’s slaves and vassals,” and praised the continued strikes and rallies as proof of “unprecedented national cooperation in civil disobedience.” Reza Pahlavi, the heir to Iran’s last Shah, has declared civil disobedience against the Islamic Republic. He advocates for the abolition of the clerical state and a popular referendum on Iran’s future political structure.

In his message, the prince commended three-week-old strikes led by contract workers in the oil and petrochemical industries, which were joined by workers from more than 100 state-owned companies. Labour action, he argued, when combined with various protests by retirees, farmers, and the general public, is sure evidence of civil disobedience solidarity. The National Council of Resistance of Iran, an exiled opposition party, organised protests in Berlin and elsewhere on the same day, seeking the prosecution of the Islamic Republic’s newly elected president, Ebrahim Raisi, who is accused of crimes against humanity. In addition to this, on July 8, Reza Pahlavi met with the leaders of 50 prominent Jewish-American organisations in an unprecedented move, requesting their assistance in maintaining pressure on the Islamic Republic and supporting individuals opposed to the clerical regime.

Despite the fact that there is no cooperation or coordination between Reza Pahlavi’s supporters, the Resistance Council, and other opposition groups, they all have the same goal of destabilising the Islamic Republic. However, with the resentment within Iran among the citizens growing at an unprecedented scale, and the Prince backing the establishment of a secular republic in Iran, the people can very well consider Prince Reza as the leader worth putting their bets on.

The timing that he has chosen to come to the support of the protests in Iran against the current regime may expedite the entry of Shah’s son’s grand comeback into Iranian politics. Ebrahim Raisi – a hardcore Islamist is simply being imposed upon the Iranian people by the regime, and they are not liking this. The propping up of Ebrahim Raisi has not gone down well with many Iranians, who have boycotted the elections and the turnout has been at a historic low. The legitimacy of Iran’s “democratic” and “electoral” process is undermined internationally – which will definitely have a bearing on the way the world deals with Tehran.

Members of former supreme leader Ayatollah Ruhollah Khomeini’s family are now speaking out against the present regime. Hassan Khomeini – grandson of Ayatollah Rohullah called out the Iranian Guardian Council’s brazen engineering of the polls, saying, “Were I among the eligible candidates, I would have withdrawn my candidacy.” On 31st May, Hassan Khomeini told a crowd of Iranians that the new government which will be formed will not have the backing of the public, and will thus be an ‘illegitimate’ one.

As if the sham elections were not enough, the current regime is trying to stifle the voice of Iranian citizens, by increasing surveillance and decoupling the citizen from the international online community. Iran’s parliament is debating legislation that would make it illegal to use overseas social media platforms and instant messaging services, threatening to plunge the country into cyber-darkness. The measure would also make it illegal to utilise virtual private networks (VPNs) and proxy services to circumvent internet blocks and bans in a country with one of the strictest online censorship regimes in the world.

Critics say now the authorities have settled on the purgatory of “Islamic North Korea,” characterized by economic isolation, poor infrastructure, unbridled repression and detachment from the rest of the world. And at a time like this, the exiled Prince Reza has come out criticising the regime and giving voice to the people of Iran who find themselves leaderless and helpless.

Shah’s son, Reza Pahlavi, by coming in support of the protests and calling for the establishment of a secular republic, may very well galvanise all the people that are critical of the regime but do not see eye to eye for the replacement. He has the support of many nostalgic Iranians who support the return of the monarchy, but by making it public that he wants the establishment of a true republic, the younger generation and many other people might as well join him going ahead.

The situation in Iran is precarious, people are angry, vulnerable and helpless. On top of that, the regime is only concerned with maintaining its hold on power. In such a scenario, the entry of a progressive looking Reza Pahlavi, who belongs to the son of the earlier ruler of Iran, may become his grand entry into Iranian politics.