Austria bans Muslim Brotherhood and all other fanatic Islamist outfits 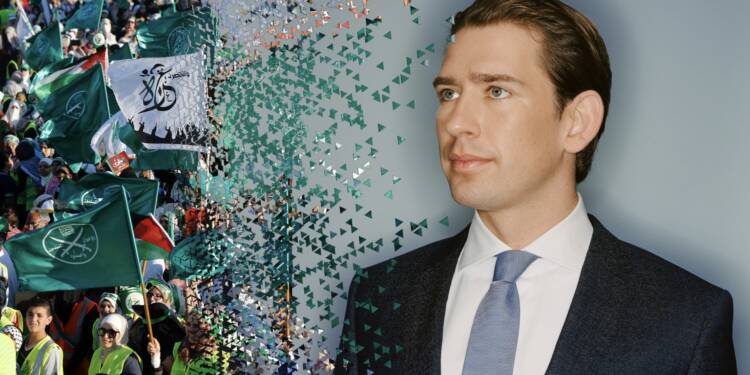 The new leadership in Europe seems to not care about the false concepts of political correctness and is more concerned about the wellbeing of their people as well as their culture. Leading the charge is Austria. The Austrian National Assembly enacted a bill last week that targets ISIS and the Muslim Brotherhood‘s activities. Released terror suspects will be tracked using electronic ankle bracelets, and imams who perform religious services in the Austria will be obliged to register with the government under the new law.

As a result of the new rules, Austria becomes the first European country to officially outlaw the Muslim Brotherhood’s operations, the organisation is already banned by the likes of Egypt, UAE, Saudi Arabia among others. This goes on to show an increasingly tougher stance against the growing phenomena of political Islam. In totality, the new federal law prohibits the use of symbols representing ISIS, Al Qaeda, the Muslim Brotherhood, Hamas, Grey Wolves, the Kurdish Workers’ Party, Hezbollah’s military wing, the Croatian fascist movement Ustasha and all other entities that are listed by the EU as terrorist groups.

Europe under the leadership of German Chancellor Angela Merkel and other left-leaning establishment politicians, let the extremist Islamists have a free hand. In the name of humanism and political correctness, these leaders shied away from making a distinction between the immigrants who were in dire need and who were coming with their religio-political objectives. However, leaders like Austrian Chancellor Sebastian Kurz and French President Emmanuel Macron are paving a way for the rest of Europe to follow.

Last year in November, the government led by Chancellor Sebastian Kurz moved forward with the proposal that gives the state the ability to send individuals convicted of terror offences behind bars for life and electronic surveillance of people convicted of terror-related offences upon release as well as criminalizing religious political extremism.

This policy initiative will specifically be focused on the decimation of Islamist fundamentalists and extremists who hide behind the garb of the religion at mosques and in the name of preaching, brainwash adherents of Islam into becoming a monolithic parallel society within Europe, which become the breeding grounds of terrorists.

According to the most recent legislation, authorities now have the power to bar people from being in close proximity to an environment that contributed to their radicalization. Companies and institutions must submit and review their accounting records to ensure that they comply with a ban on domestic extremist financing. Citizenship can be taken away from dual citizens, and convicted felons can lose their driver’s licences.

The Austria has a strong history with the Muslim Brotherhood. Last year, under the guidance of the Graz Public Prosecutor’s Office, security officials conducted a series of raids after a 21,000-hour surveillance operation. “We are conducting investigations against more than 70 persons and various organisations accused of belonging to and supporting the terrorist Muslim Brotherhood and Hamas organisations,” investigators stated.

As per reports, soon after coming to power in December 2017, Sebastian Kurz steered through the passage of the Symbols Act, which criminalised the use or distribution of symbols associated with various extremist organisations and hate groups from across the political spectrum. In response to criticism for his government’s uneasy coalition with the far-right Freedom party of Austria, Kurz silenced sceptics by placing several right-wing organisations on the list as well.

The new regulation is considered vital and long overdue in Austria. A young man using an AK-47 assault rifle opened fire indiscriminately in Vienna’s busy city centre in November 2020, just hours before the city was scheduled to undergo a new coronavirus lockdown, killing four people and injuring 23 more. The shooter had been freed from jail less than a year previously, according to new leniency standards for young adults, and the shooting spree changed Austria’s approach to avoiding terrorist attacks on its land.

The shooting in Vienna brought Austria to its knees and prompted the government to take a more proactive approach to combating terrorism, which is reflected in the new law. Sebastian Kurz is attempting to restrict radicalisation and avert terrorist attacks by enacting measures that will put known extremists on a tight leash without alienating the hundreds of thousands of moderate Muslim who live in Austria. By taking these measures, the government is not only securing the people and culture of Austria, they are also providing a blueprint and a precedent for other European countries.

Obama wanted a red telephone line with China, never got one. But Biden will!

Israel’s new plan to encircle Iran from all sides