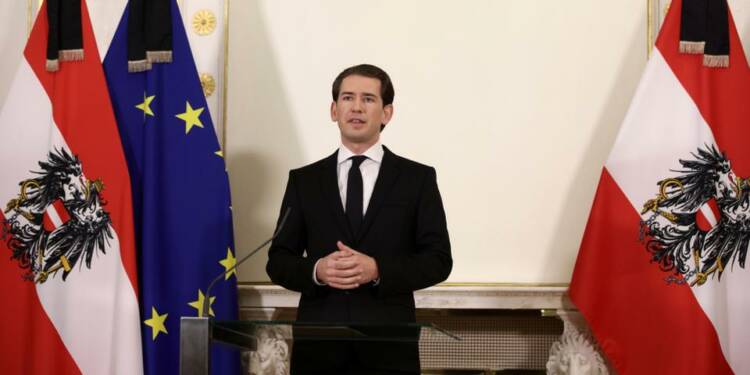 After France, Austria has shed the pretence of political correctness and is going all guns blazing against radical Islam. Vienna is doing with Islam what Europe did with Christianity during the rennaissance, that is, separating political and religious aspects withing Islam and scrutinising the political aspect till the last grain.

Austria has started a fight to the end against politically motivated radical Islam and their activities. After suffering from devastating terrorist attack in Vienna on the 2nd November, the Austrian government is going ahead with a fool proof initiative to identify and register both social and educational institutions that are vulnerable to be compromised by Islamist-controlled organisations for political activities of pan-Islamism as well as breeding grounds for possible terrorist.

The government led by Chancellor Sebastian Kurz has moved forward with the proposal that gives the state the ability to send individuals convicted of terror offences behind bars for life and electronic surveillance of people convicted of terror related offences upon release as well as criminalizing religious political extremism.

This policy initiative will specifically be focused on the decimation of Islamist fundamentalists and extremists who hide behind the garb of the religion at mosques and in the name of preaching, brainwash adherents of Islam into becoming a monolithic parallel society within Europe, which become the breeding grounds of terrorists. Austrian Chancellor said that the criminal offence will be called Political Islam and tweeted:

It comes in the immediate aftermath of a series of aggressive raids launched by the Austrian. These raids were conducted on more than 60 locations in four different regions. The raids were conducted on Monday with orders for 30 suspects to be brought for questioning. The Styria region’s (Austria) prosecutor’s stated that, “carrying out investigations against more than 70 suspects and against several associations which are suspected of belonging to and supporting the terrorist Muslim Brotherhood and Hamas organisations.”

Read more: “This is just the beginning”: Austria under Sebastian Kurz has shut down 7 mosques kickstarting crackdown on radical Islam.

It was also made clear that Austria will not shy away from shutting down Mosques that it deems a threat to national security. Vienna has understood that there may not necessarily be a long thought terror plot, sponsored and funded by big terror conglomerates. The risk is much higher when the states cannot censor the institutes which spread the venom which can infect the virus of fundamentalism and convert normal citizens of Islamic faith into walking time bombs and lethal terrorists, this is because in this case, states cannot monitor each and everyone. Thus, it is much more convenient and jurisprudent to attack the roots of Islamist fundamentalist threat, that is political Islam and institutes which are the extention and tool for the same.

These fresh and vigorous punch backs at Islamists in Austria, France and the whole of Europe come after a whole month of terror attacks, be it the knife attack by a Pakistani immigrant in September end, the beheading of Samuel Paty, another beheading in Nice, France and then the shooting in Vienna, among others, have convinced the governments across Europe to drop the act of being oblivious of darker shades of Islam. French President Emmanuel Macron led the continent by example and reminded it of its Grecko-Roman past and the pains it went through to foster the concepts like Liberty and Freedom of Speech. This time even Angela Merkel had to change stance and condemn Islamists and accept the rot within. Emmanuel Macron’s ideas seem to be getting traction in the European countries, which can be further solidified by the actions in Austria.

Read more:  France is not just talking. It is also identifying and eliminating Islamist terrorists.

The European Union and member countries have now had enough of ignoring the reality and many countries are taking action to address the root cause of Islamist terrorism, that is, political Islam. In line with this, Austria has also promulgated a set of policy initiative and as per the Austrian Chancellor, the criminal offence based on the set of initiatives will be called political Islam. Thus, the government in Vienna will not mince any words and will address it as it is.