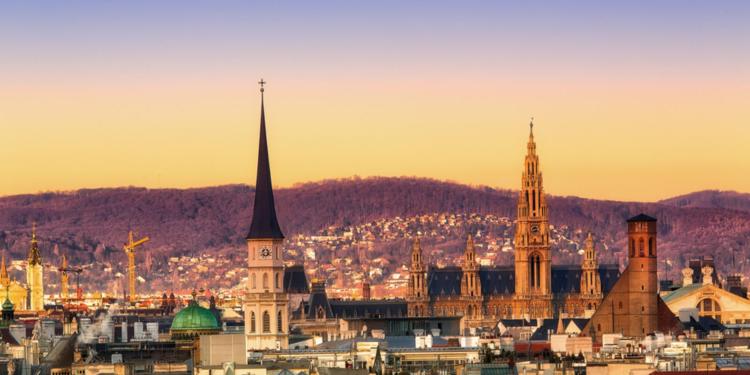 Austrian Chancellor Sebastian Kurz has decided to suppress radical Islam in the central European republic. The country has banned 7 mosques and expelled a number of foreign funded Imams from the country. “This is just the beginning,” said Vice Chancellor of Austria Heinz-Christian Strache in a news conference.

Most of the mosques in Austria have close links to other Islamic countries. One of the closed mosques is linked to Turkish nationalists and other six are run by Arab Religious Community. The country has invoked a 2015 law which has provisions to ban religious organizations from getting foreign funding. The government estimated that the move will force 60 Imams, propagating radical Islam, to leave the country.

“Political Islam’s parallel societies and radicalizing tendencies have no place in our country,” said Kurz. Austria is home to 6, 00,000 Muslims who constitute 8 percent of 90 lakh population. Last October the government banned full face covering in public which will impact the Burka practice among Muslim women. Many other European countries including France has imposed similar law in last few years.

The governments across the world have started taking action against radical Islam. The cities across Europe have been filled with Muslim migrants in last few years. The Islamic countries fund various organizations in these countries which promote political Islam in the name of helping Muslim people.

In March this year, Belgium terminated Saudi Arabia’s lease of countries second oldest mosque. The move was intended “to put an end to foreign interference in the way Islam is taught in Belgium,” said the Belgian government.

Previously, in the aftermath of the serial blasts that shook the entire nation, authorities in Sri Lanka have ordered a complete ban on any form of face covering including the burqa including a face veil or niqab. The decision was taken by President Maithripala Sirisena after terror attacks ripped through three churches and luxury hotels killing over 257 people and wounded more than 500 people.

Sri Lanka also expelled 600 foreign nationals including 200 Islamic clerics after Easter attacks and also banned the burqa. A local Jihadi group was found responsible of the Easter attack but they subscribed to Wahhabism and received active support from some foreign Islamic countries like Saudi Arabia, and other organizations. The visa system has also been reviewed by Sri Lanka to keep a check on religious teachers of Islam. “Considering the current situation in the country, we have reviewed the visas system and took a decision to tighten visa restrictions for religious teachers,” said Home Affairs Minister Vajira Abeywardena.

Sebastian Kurz was voted to power in the 2017 presidential election on the rising wave against radical Islam in Austria. The countries across Europe are voting anti-immigration parties as the people are not happy with the influx of illegal immigrants. The terrorist attacks in many countries of Europe by radical Islamic elements have made the people wary about extremist ideologies thriving in their backyard.

The Islamic countries like Saudi Arabia, Turkey add fuel to anti-Islam sentiments by providing financial support to promote Wahhabi version of Islam among these immigrants. Austria is only one of the many European countries who have voted against Islamic radicalism with a right-wing wave gripping countries like Italy and Hungary also.