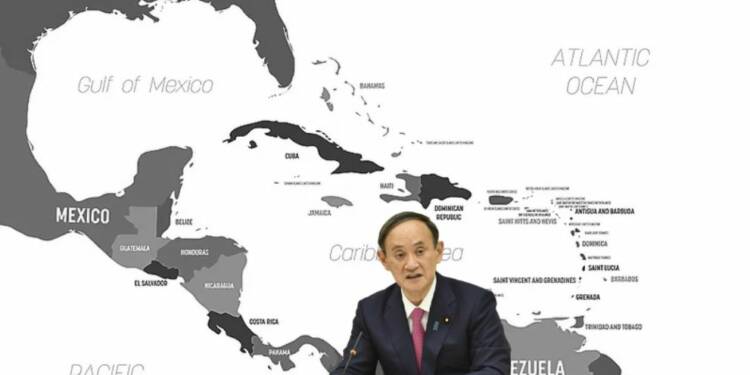 In Central America, the United States is facing a tough, near crisis-like situation. Suddenly, Central America and Caribbean nations find themselves grabbing the global headlines – for all the wrong reasons. Whether it be the hordes of illegal immigrants rushing to the United States’ southern border, or the recent assassination of the Haitian President – this neglected region is worrying the powers that be in Washington DC. Add to that, in Cuba, people seem to have risen in a popular uprising against the Communist regime. All of this threatens the USA’s own security. It is also a major loss of face for the Biden administration.

In Central America and the Caribbean, the United States has little to no allies. The relations between countries of the region and Washington have been strained due to the menace of illegal aliens arriving on the USA’s borders, expecting to be taken in. They are turned away, deported and let’s just say, not treated in a very humane manner. The countries of the region, therefore, feel insulted. The United States has not been able to secure its own backyard, leading to China prying on the opportunity and making strategic moves to fill in the vacuum.

The Biden administration suddenly realises that Central America and the Caribbean cannot become a region infested by the Chinese. This would be a security nightmare for the United States. The US also realises that it cannot reach out to these increasingly pro-China countries itself, as it does not command respect or influence in the region. As such, Washington needs help. And Japan has swung into action to counter Chinese influence in Central America.

Read more: Was the Haitian President assassinated by the CCP?

According to a Nikkei Asia report, Japanese Foreign Minister Toshimitsu Motegi departed on Thursday for a visit to four countries in Central America and the Caribbean to help the US counteract Chinese influence in Washington’s backyard. Motegi was slated to arrive in Guatemala, then visit Panama and Cuba before wrapping up his trip in Jamaica.

The report stated that the trip by Motegi continues years of diplomatic outreach by Japan – despite its geographical distance from the region – that has gained greater urgency as China makes inroads through expanding infrastructure and trade, and more recently through vaccine diplomacy. On the agenda was the top Japanese diplomat’s plan to explain the “free and open Indo-Pacific” concept to the countries he visited. He will also offer Japanese support for building high-quality infrastructure and help with training talent. Additionally, Motegi also shared Japanese disaster mitigation know-how with these countries that are often hit by hurricanes and volcanoes.

Japan is looking to build trust with countries in the region to indirectly shore up Washington. The Nikkei Asia report added this could be considered a way of further strengthening the alliance. It is of immediate urgency for the US and Japan to take steps which will counter China’s growing influence in the region. China has managed to lure Central American and Caribbean countries with its exploitative economic aid – using which it is colonising them. China is also giving Covid-19 vaccines to its friends in the region, thereby further indebting them in gratitude.

China is looking to take blatant advantage of vulnerable nations in the region. It is therefore not surprising that the red rogue country is building 40 ports in the region. According to Politico, China has significant loans with Latin American countries that Beijing uses as political leverage. Meanwhile, the Japanese foreign minister’s trip to Cuba comes at a time when the Communist regime which is loyal to China faces unprecedented protests by Cubans. What Motegi said or did in Japan is not publicly known – which is very interesting itself.

Japan is thus stepping up its anti-China campaign in Central America and the Caribbean region as well. Last week, Japan had effectively abandoned the ‘One China’ policy as it showed Taiwan as a separate entity from China in its annual defense white paper. Japan has, meanwhile, committed to militarily protecting Taiwan along with the United States if China were to launch an invasion against the democratic island nation. With its latest moves in Central America, Japan is making it clear that its anti-China campaign is not just limited to the East China Sea or even the Indo-Pacific. Rather, Tokyo is going to thrash Beijing world over.