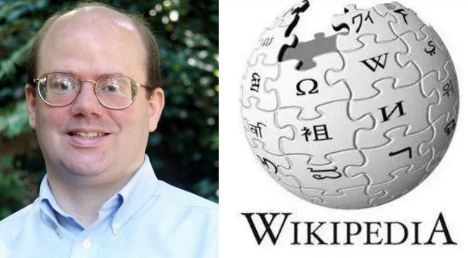 Authoritarian, sometimes unaccountable and sometimes inept- this is how some of his critics describe the person who sits atop the world’s largest encyclopedia, called Wikipedia. Jimmy Wales happens to be the organization’s top boss under whose influence, the once thriving platform has been reduced to a propaganda engine slanted in favour of liberal views. Wikipedia’s progressivism has reached such nauseating levels that one of its founders has come forward to sound the alarm over the platform’s unprecedented purge of conservative voices and its blatant adherence to hardcore liberalism.

Larry Sanger, a co-founder of Wikipedia, in his recent interview with Freddie Sayers has warned that the online encyclopedia has become “more one sided than ever.” Today, Wikipedia is a “pretty reliable establishment in its viewpoint, whatever the viewpoint is,” he said. This is ironic, he added, considering that the website was founded by “a couple of libertarians, who at least in the beginning were really tolerant and open to all sorts of anti-establishment views being canvassed within the articles.”

Sanger says that Wikipedia is now imposing a leftist viewpoint on all the “hot button topics”, whether Social or political. “This approach is inherently flawed because it denies people the right to make informed decisions in life”, he states further.

Sanger further revealed that how an entire industry is entrusted with the charge of monitoring Wikipedia pages relevant to their clients and pushes forward edits on their behalf. Some of it goes under the radar since Wikipedia editors are not obliged to identify themselves and disclose conflicts of interest.

“The word for it is ‘propaganda’ when it’s systematic. And that’s what we are really dealing with on Wikipedia,” Sanger remarked in the TV interview.

Earlier this month, Sanger also published an article on his personal website where he exposed Wikipedia’s blatant violation of its own neutrality policies. Sanger, in particular, exposed how the Wikipedia entries are sourced in a way to shove progressive perspective down the throat of the readers, in the name of information and facts. “In short, and with few exceptions, only globalist, progressive mainstream sources—and sources friendly to globalist progressivism—are permitted,” he wrote on his website.

Many mainstream sources of conservative, libertarian, or contrarian opinion are banned from Wikipedia as well, including Quillette, The Federalist, and the Daily Caller,” he added.

Sanger described how any content carrying conservative perspective is usually purged, flagged as misinformation or fake news, dubbed as conspiracy theories by the editors allegedly operating in hostile working environments.

Sanger further described Wikipedia as an opponent of a vigorous democracy where it eyes to claim exclusive control over what is thinkable, and where Wikipedia wants to set the boundaries of a debate. While concluding the article, Sanger suggested that “Democracy can’t thrive under such conditions.”

Read More: Wikipedia never counted among the vile Big Tech but does more damage than all of them combined

Sanger in his article also talked about neutrality being second of the “five pillars” policies that define Wikipedia’s approach to the craft of encyclopedia-writing. However, neutrality seems the last thing that today’s Wikipedia stands for. The hardcore progressivism embraced by the Wikipedia editors is brazenly inspired by Wales’ personal biases against Conservatism.

The statement is self-explanatory about how Wikipedia turned into a liberal propaganda engine as it imbibed the vicious ideological makeover at the hands of Jimmy Wales. Wales has been a controversial personality often accused of racial and gender bias and misspending the intuitional funds for personal gains.

In March 2008, Wales was accused by former Wikimedia Foundation employee Danny Wool of subsidizing personal expenditures with foundation funds. These included rebuffed attempts to have reimbursed a $1200 dinner for four, a $650 wine tab, and even a visit to a Moscow massage parlour that Wales submitted twice for payback from the Foundation.

In past, Wales has even attempted to strip Sanger off the designation of “Co-Founder” in his bid to claim exclusive rights over the organization. Sanger co-founded the website in the year 2001 and named it “Wikipedia” before leaving the project the next year. Despite that, Jimmy Wales once took it upon himself to reframe the description of Sanger as an “employee of Wales’” and declared himself the sole founder of the Website.

In the past, Sanger has even accused Wales of lies and distortions”, being “transparently self-serving” and issuing “particularly outrageous” claims.

While debating Big Tech’s role in censuring and oppressing the voices of the right, we often seem to overlook perhaps the mightiest elephant in the room- the menace that Wikipedia propels into the world. Bolstered by Big Tech’s overreach, Wikipedia has so far managed to rule the internet without experiencing any major pushback against its blatant censoring of free speech. However, the menace needs to be curtailed before it goes further to clamp down on whatever-left free speech in the cyber space.