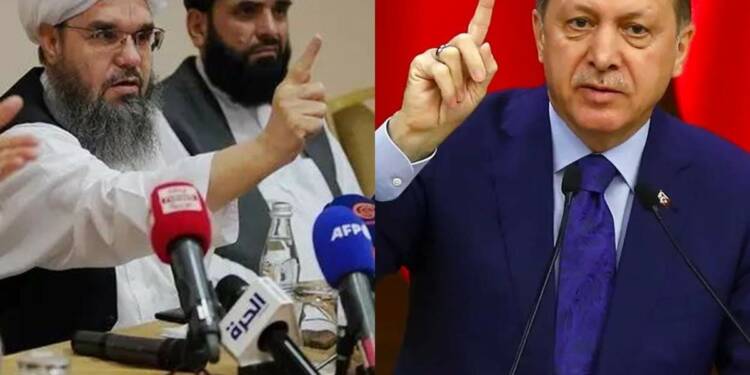 Recep Tayyip Erdogan, as the President of Turkey has plunged the country into a downward spiral that was never seen before. Now finding himself cornered and voices of dissent growing within Turkey, he is trying to impress Biden and get in the good books of the USA again. On Tuesday, President Erdogan said that Turkey could run Kabul airport if its NATO ally the United States met certain conditions including on logistics and financing. Turkey has been in talks with US defence officials about its offer to help protect and administer Kabul airport, which is crucial for countries to maintain diplomatic presence in war-torn Afghanistan after US troops leave.

Erdogan wants to get in a position in Afghanistan where it can either get in the good books of the Biden administration or gain leverage over it. This is so that Erdogan can take any actions in its own neighbourhood with impunity and surety that the USA will stay mum. With its troops responsible for the security of the airport in Kabul, Turkey has found itself at the fulcrum of the Afghan see-saw and wants to make the most out of it.

While it seeks to ensure that the US and Afghan government have control of the crucial asset amid a civil war with the Taliban, Turkey, a close ally of pro-Taliban Pakistan, can always use the maintenance of the Airport as leverage against the US, just like it has used the influx of middle-eastern refugees and migrants as leverage against European Union.

Turkey runs the military side of Kabul’s Hamid Karzai International Airport, which includes the runway, air traffic control, and weather station. On the ground, there are a few hundred Turkish troops. The civilian passenger terminal is secured by Group 42, a company based in the United Arab Emirates. Turkey plans to pit these few hundred troops against the Taliban and win favour with the US, so that Turkey can act with respect to the S-400 deal and its western neighbors like Greece and Cyprus with impunity.

Most airlines would quit serving the Afghan capital if Turkey did not oversee the airport, according to Western sources, forcing foreign embassies to evacuate. The airport offers the only secure entry to the Afghan capital for the thousands of American and ally diplomats and contractors who remain in the city, as land approaches into Kabul are controlled or routinely assaulted by the Taliban.

Therefore, Taliban has reacted to Turkey’s decision developments furiously, and even earlier commented on the same. Taliban has vowed to declare any foreign power willing to maintain a military presence in the country as “invaders”, and also dubbed Turkish plans as “Unacceptable.” “If foreign forces want to retain a military presence here in the name of airport security, Afghans will not allow it and will view them as invaders, be it Turkey or any other country,” Taliban spokesman Zabihullah Mujahid told VOA. Mujahid further said, “In recent meetings and discussions with Turkish diplomats they had shared with us [Turkey’s] proposed continued military presence here, but we told them it was unacceptable for us. And they assured us that our stance will be conveyed to their leadership.”

Read more: Turkey wanted to control Afghanistan after US troops withdrawal, its plan is foiled by Taliban

However, Turkey does not seem to be deterred by these statements. Erdogan and US President Joe Biden met for the first time in June on the sidelines of a NATO summit to discuss the matter. Erdogan told journalists in a videotaped address from Nicosia, northern Cyprus, that “we are right now looking positively” at the notion of administering Kabul airport when US soldiers leave Afghanistan.

Even before mentioning the support to the USA, on Monday that the Taliban should “end the occupation of their brothers’ soil”, and played down a warning from the militant group of consequences if Turkish troops remain in Afghanistan to run Kabul airport. Regardless of their disagreements, Turkey and the United States share at least one goal: to prevent the Kabul administration from completely collapsing; to retain the Kabul government in charge of the situation until an Afghan-led, Afghan-owned conversation for a final political settlement succeeds.

While that will be the best-case scenario for Turkey, as it will have significant leverage over the United States to gain its support or at least silence Ankara’s geopolitical ambitions. However, even if the situation deteriorates further and all things fail to remain as they are, Ankara can cut a deal with the Taliban through Pakistan and still maintain its influence in the region.